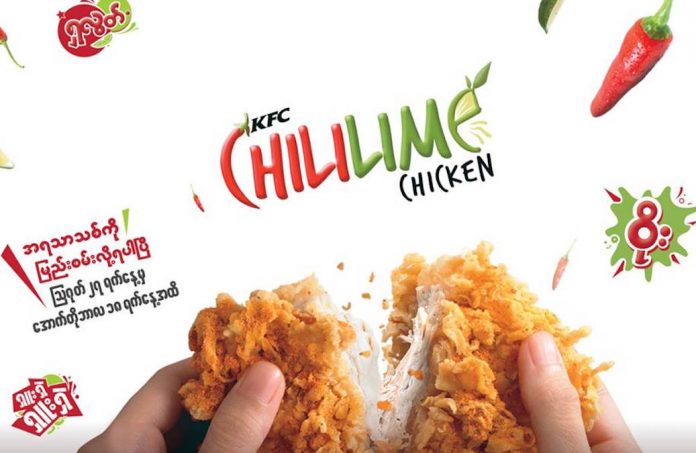 The iconic American fried chicken chain now has three locations in Myanmar, with others to come as soon as more modern developments are built to house them. Indeed KFC is presenting itself as something clean, refreshing and new- that includes their food.

For the first time, KFC Myanmar is mirroring its US counterparts by rolling out Limited Time Offers (LTO) in their menu. These new, limited options will stick around for longer depending on how well they sell.

Chili & Lime Chicken. The first LTO in Myanmar, offer ends in October. Lightly battered fried chicken rubbed with mild chili powder and lime juice, you can distinctly taste both flavours. Two pieces, fries and a drink goes for around 3,900 Ks.

The Chili Lime recipe is not unique to Myanmar, something similar has been offered throughout Southeast Asia. In Vietnam, the Chili Lime concept was known as the New York Chili Lime 30s. It is unclear how well it has sold in Myanmar but there’s definitely enough online advertising to make the public aware of the LTOs. Much comes from Facebook, naturally.

It’ll be interesting to see what other LTOs KFC Myanmar comes up with. Let the speculation begin. 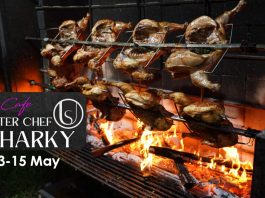 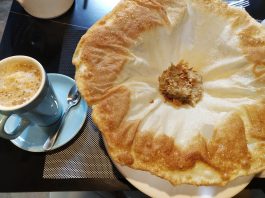 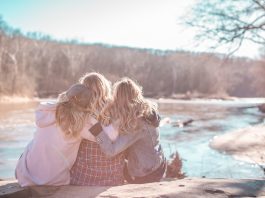