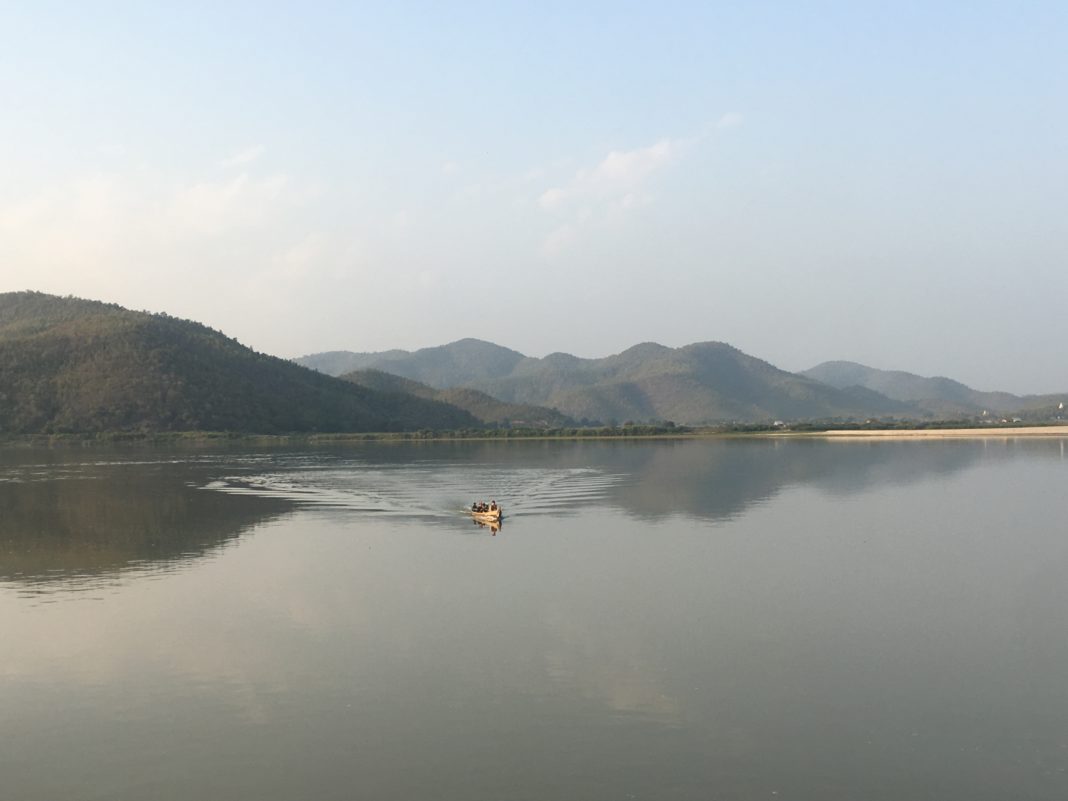 ‘You’ll love it, trust me’, my friend said with a smile as he tried to ease my obvious apprehension about my upcoming trip. The trip in question was a river cruise, plying the upper Irrawaddy from Mandalay to Bhamo, which I had booked on a whim.  I love traveling and am game for any adventure, but as the departure date approached, the idea of being stuck on a relatively small boat with strangers for six days was causing me to question my rash decision.

Tour companies and industry media have pitched the upper Irrawaddy region as a place to discover ‘old Burma’, a land filled with sleepy agrarian villages and historic vestiges from the colonial-era. And I was keen to escape the buzz of Mandalay and reconnect with the quieter side of Myanmar that is so elusive in the city these days. With the reassurance of my friend, who had done a similar cruise a few months prior, I packed my bag- adding to it a stack of unread books and magazines figuring that, worse case scenario, I could hide away in my cabin and catch up on some reading.

As the sun burned off the last of the early morning fog hovering over Mandalay, I headed to the banks of the Irrawaddy River and boarded the RV Metta. Our six-day journey would take us from Mandalay to Bhamo, a cruising distance of around 530 kilometers. Along the way, shore excursions were planned at riverside villages and the town of Katha. Of course, the Irrawaddy River, itself, was also set to be a highlight, as the ship was due to pass through the picturesque second and third defiles.

I was joined onboard by the other international guests and the lovely Htet Htet, our cruise guide. Heading north we first stopped at Mingun, a town frequented by most visitors to Mandalay.  It was busy, thanks in part to the public holiday, but Htet Htet was quick to point out that these would be the only crowds we would see in the coming days. And she was right. We cast off from the jam-packed Mingun jetty and soon found ourselves in the middle of an empty river without another boat in sight. I spent the afternoon relaxing on the top deck, alternating between thumbing through the pages of my book and gazing at the passing river scenery.  In the evening, the captain dropped anchor and we disembarked on a sandbank where the crew served up gin and tonics as the sun set.

Rather than the jam-packed days of most organized tours, life on the ship moves at a much slower pace and by the second day I had fallen into the rhythms of river-time.  The engine starting up at 6.30 AM is my alarm clock, but with the cool morning temperatures I would linger a bit in the warm confines of my cabin before dragging myself to the upper deck for a cup of strong, hot coffee and breakfast.  Mid-morning we’d go ashore with Htet Htet leading us on a walk through a village, enough exercise to help us work up an appetite for lunch back on the ship as it continued sailing upstream. The afternoons featured another shore excursion if possible or an on-board lesson on things such as thanakha application, making tea leaf salad and traditional puppetry.

The stops along the way offered a study in contrasts: even as Myanmar changes, many of its traditions are firmly intact. We ventured through the pottery workshops of Nwe Nyein, where massive 50-gallon vessels were crafted by hand. We stumbled upon a small monastery where the kitchen was buzzing with villagers who had gathered to prepare massive quantities of curry, rice and salads for a pagoda festival the following day. We shopped in fresh markets with the kitchen staff, learning about the local produce on offer and how it was used in traditional recipes. In each of these villages, however, we saw folks glued to the screens of their mobile phones, teens in jeans and branded t-shirts driving noisy motorbikes and other reminders that we are in 2020.

While I thoroughly enjoyed these village wanderings, the highlights of the cruise for many of the guests were Tagaung and Katha.

Tagaung is the site of the first Pyu Kingdom, dating back 2000 years, and an archeologists’ dream. Although we were not able to visit the excavation site, the tiny museum in town has hundreds of artifacts from beads and coins to urns and tools. As with most Myanmar museums, the signage in the Tagaung Archeological Museum could do with a bit of improvement but the quality and quantity of the display pieces is incredible.

Katha is a popular spot thanks, in no small part, to its most famous resident. It is in Katha that the writer George Orwell was stationed in the 1920s. His experiences there are the basis for his popular novel Burmese Days. We spent nearly 3 hours walking around the town, taking in the local market and riverside before venturing further on foot to the remaining colonial buildings.  The old British Clubhouse is now a government office but squinting my eyes, I was certain I could see dozens of well-dressed British officers stumbling around with gin and tonics in hand. The walking tour also took us to the stunning Deputy Commissioners’ house which is prominently featured in the book, the Anglican Church and George Orwell’s former residence. There is a certain charm that comes with old buildings left to age gracefully.  While some tourists may feel there is much need for improvement, I found the dusty rooms with their haphazard historic photos and paintings to be a fitting homage to what was, as Orwell puts it, ‘a portrait of the dark side of British Imperialism’.

By the time we reached Bhamo on the sixth morning of our cruise, an air of melancholy hovered over the ship’s passengers. With our bags packed and the crew sending us off with a wave, we headed to town for a short tour then on to the small Bhamo airport where our adventure with Htet Htet wrapped up. We said our farewells and, as we waited for the short flight to Mandalay, I sent a message to the friend who encouraged me to take the cruise. It read ‘You were right- the cruise was simply magical’.

With so many companies vying for customers, it appears a daunting task to choose a ship for your journey. But as with most things in life, you get what you pay for! Metta Cruises (https://www.mettacruises.com/)  gets my vote for best mid-range option -yes, I am a bit biased as I just traveled with them but they absolutely deliver bang for your buck. Metta has the perfect balance of luxury with air conditioning, hot water showers and great food on board without being overly fancy and fussy. If your budget doesn’t extend that far, then your best option is to go with the regularly scheduled government boats. The upside is the price. But the downside is not only the time (it’s called the slow boat for a reason!) but also there are no planned shore excursions. The boat WILL stop on the way but if you get off and fail to re-embark on time you may be stranded for a few days!

Coming in at the upper end of the scale, Sanctuary Ananda (www.sanctuaryretreats.com) takes the prize. The 21-cabin (or ‘suites’ as the ship prefers to call them) boat is on par with a 5* hotel in every way. The food is superb, staff are top notch and there is even an onboard spa with therapists certified by the high-end brand L’Occtaine en Provence.

Go for a road trip over the long weekend