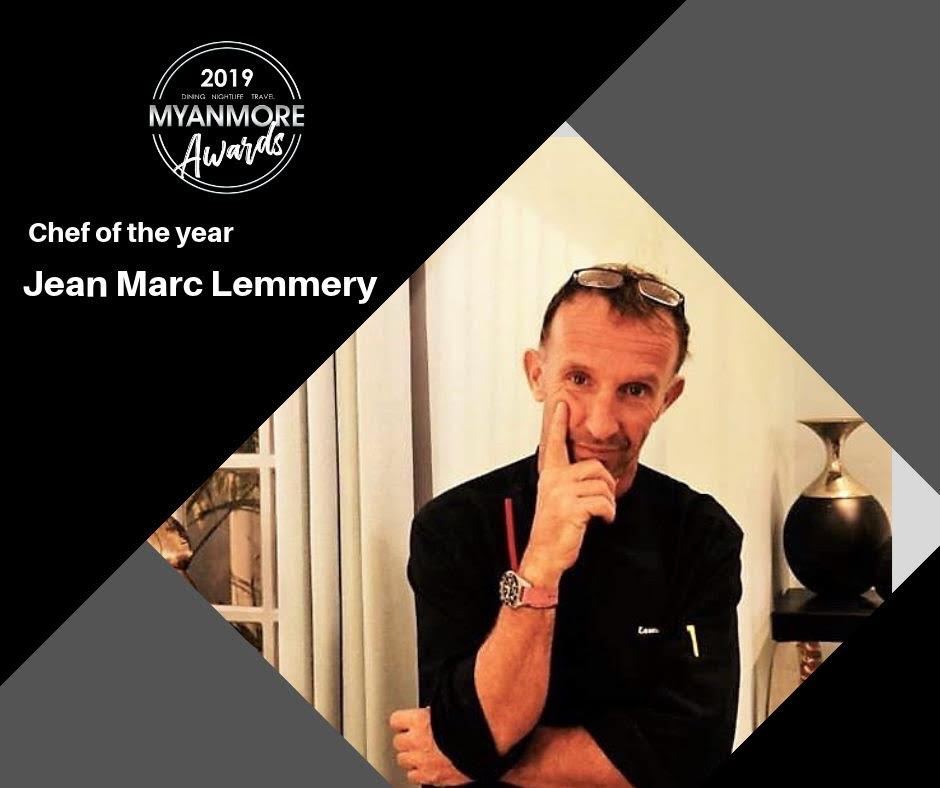 Jean Marc Lemmery, Chef of the Year 2019, is working at Le Planteur Restaurant & Lounge as the Executive Chef since 2017 and he has got further ideas and projects for the coming year.

After his appearance on TV programmes in Myanmar such as Masterchef and Dancing with the Stars, customers are curious about Jean’s identity, resulting in the restaurant being fully booked for many weeks. “We used to focus more on tourists and foreigners since this is a French restaurant but now, our main customers are Burmese people.” said Mr. Lemmery.

“We have to change the menu two or three times per year. When I create a new menu, I do not think in the present. I think of many more years ahead because I want it to be different and creative.” They’re changing the menu in the first week of February and he’s been thinking of adding French-Burmese fusion to it. “I learnt a lot about Burmese food from Masterchef so I wanted to present something different like fusion cuisines to our guests. I’m not sure people will try food that is different from the usual one but I want to be creative and I’m sure the creation that Le Planteur gives will make the customers feel something different.”

The chef also mentioned that a new project is coming in the next 6 months. It will be a big secret till now since Le Planteur has been planning it for a long time to present a new dimension of dining experience to the diners.

Le Planteur has been standing out as a classic French fine dining restaurant for over 20 years and the reputation and quality of the place hasn’t changed a bit because of the excellent cooperation of the chef and the staff. “When I received the Chef of the Year award last year, I thanked my staff for it. I got this award because of the effort and sacrifices that all of us have made together as a team. They think as I think and do as I think so I believe that it is what makes us a strong team.

MYANMORE Awards 2020 are coming. Don’t forget to nominate your favourite chef below.

Nominate the individuals or organisations you feel contribute to excellence here