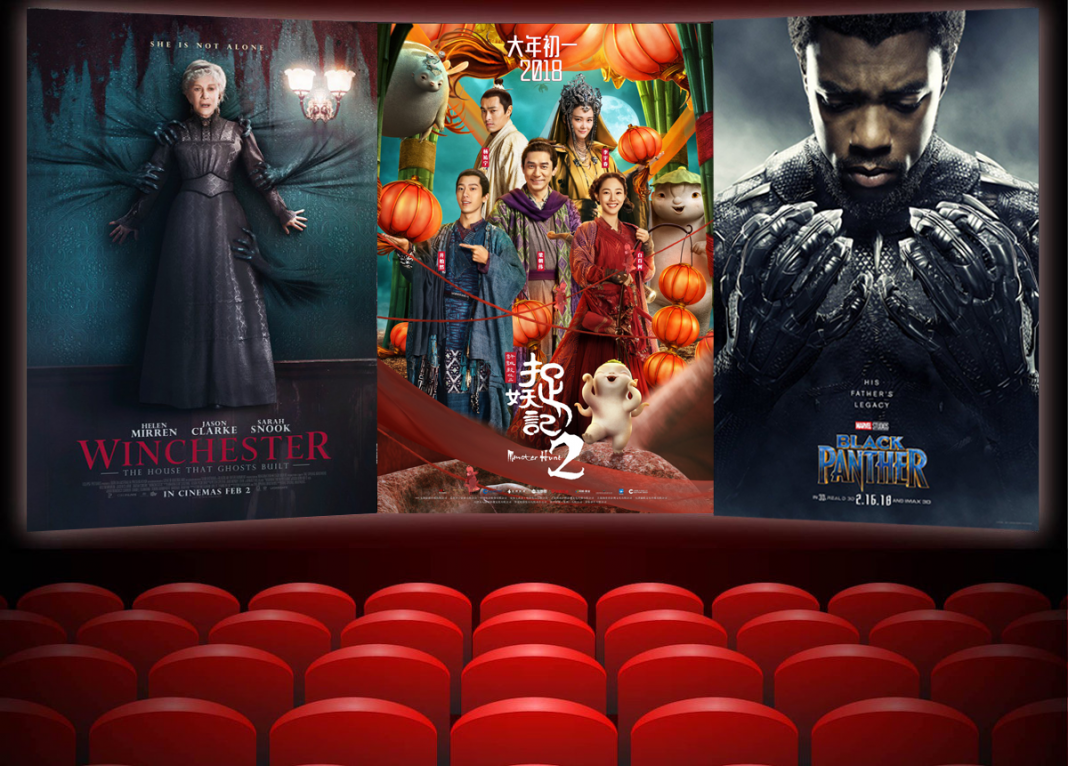 BLACK PANTHER
Black Panther is a 2018 American superhero film based on the Marvel Comics character of the same name. In Black Panther, T’Challa returns home as king of Wakanda but finds his sovereignty challenged by a longtime adversary in a conflict that has global consequences.

1921
1921 is a 2018 Indian horror film, produced and directed by Vikram Bhatt, under his banner of LoneRanger Productions. It is the fourth film in the 1920 franchise. The film stars
Zareen Khan and Karan Kundra in lead roles and was released on 12 January 2018. 1921 became first hit of year 2018.

WINCHESTER
Winchester (also known as Winchester: The House that Ghosts Built) is a 2018 supernatural horror film directed by Michael and Peter Spierig, and written by the Spierigs and Tom Vaughn. The film stars Helen Mirren as heiress Sarah Winchester, with Jason Clarke and Sarah Snook, and follows Winchester as she is haunted by spirits inside her San Jose mansion in 1906.