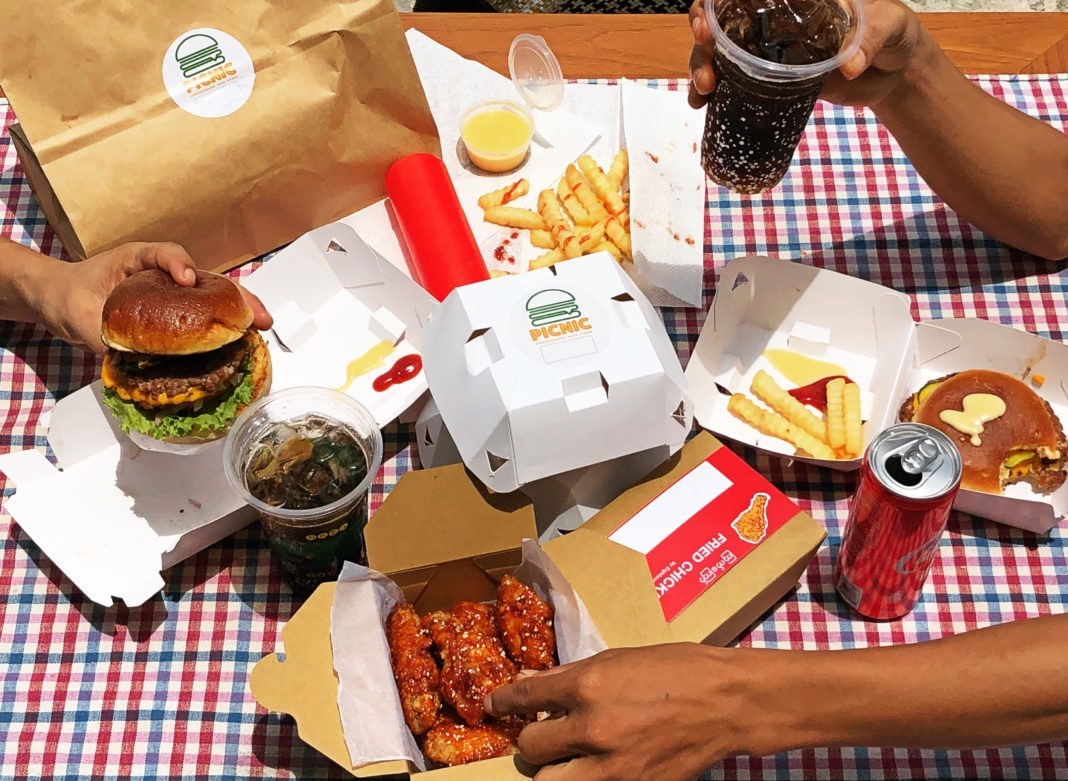 In early 2020, Nay Aung Win and Anh Le Nguyen were putting the final touches on their business plans. Nay Aung Win, a veteran restaurateur with several successful outlets in Mandalay, was looking to launch a burger-focused concept while Anh, a newcomer to the scene, had dreamed of serving home-style Vietnamese cuisine to hungry diners.

Then COVID-19 hit, forcing all restaurants in Myanmar to close their doors. Nay Aung Win and Anh pressed the ‘pause’ button on their plans, taking a moment to reevaluate their business strategy and to study the challenging new restaurant landscape. But unlike many who would have called it quits in the face of such adversity, the two young entrepreneurs rapidly adapted to the situation and have flourished in the face of adversity.

Picnic and An Vietnamese, their two restaurants, finally launched in June. Within a few weeks of opening, the dining outlets were winning rave reviews from local and expat foodies. The key to their success? Adaptation and passion.

Anh, who hails from central Vietnam, moved to Mandalay in mid-2019 with her husband, who was born in the city. Anh’s plan was to open a dine-in restaurant with a small menu of classic Vietnamese cuisine. ‘We wanted to introduce the tastes of Vietnamese cuisine to Myanmar where the food is quite different. But not commercial way of cooking, I want to bring home-style cooking because it simple and healthier’, Anh explains.

Just as they had perfected the recipes and finalizing operation plans, COVID-19 hit. With no brand recognition and relatively little demand for Vietnamese food in Mandalay, the two obvious decisions to take were to wait until restaurants can fully open again or to forget the idea completely. But Anh decided to follow a third path and launch with delivery and take-away service only. Relying on Facebook marketing and word of mouth, An Vietnamese’s delivery service was busy from the start. The menu features 5-6 items per week, each of which is prepared in Anh’s home kitchen.

‘When COVID hit, we decided to go ahead and open a small take away and delivery shop, so that everyone getting to know us from now,’ Anh commented ‘We see it as the first step before we launch the restaurant. Thus, it will save us time-consuming marketing when we already launch the full-size restaurant since people already know about us.’ In addition to the planned dine-in restaurant, An Vietnamese also intends to open two take-away food stalls once the pandemic has passed.

Picnic’s story follows a different trajectory. As if foretelling the future, Nau Aung Win was already preparing for a delivery-only concept restaurant. But his plan was to be based in Yangon. ‘As rents are high in Yangon, we planned to have a ghost kitchen. By eliminating the dine-in and take-away options, we could save money on location and instead use higher quality ingredients without needing to raise our prices.’ But when the pandemic hit, Nay Aung Win decided to utilize his current assets in Mandalay and launched Picnic out of the kitchen of his Canteen restaurant.

Picnic’s focus is on burgers as they are portable, easy to deliver and a comfort food. Plus Nay Aung Win is a self-proclaimed burger fanatic and he was keen to bring the ‘perfect’ burger to the Myanmar scene. ‘By doing delivery-only and saving on huge rental fees, we can keep the costs down while still using high-quality ingredients’, Nay Aung Win explained. ‘Our business model for Picnic is similar to Shake Shack [a popular American burger chain]: simple but well done’. One month into the launch of Picnic, Nay Aung Win is feeling motivated by the positive feedback and is planning to expand the business in the coming months.

Keen to see if the rave reviews were true, I placed orders from both restaurants in recent days, starting with An Vietnamese. Pho never disappoints but as someone who lived in Vietnam (and slurped countless bowls of pho over the years) I know the difference between a fast-food pho and a genuine ‘grandma’s kitchen’ pho. A Vietnamese version is the latter: flavorful, moreish broth that has been stewing over several hours accompanied by perfectly cooked noodles. The banh mi was equally divine with its crusty bread stuffed with grilled pork meatballs and the full array of toppings. The menu also features lesser-known dishes such as pho cuon (thick rice noodles wrapped around grilled meat and herbs), which had me dreaming of being back in Hanoi, sitting by Truc Bach Lake on tiny plastic stools and chatting with friends over plates piled with pho cuon. Excellent! Other menu items at An Vietnamese include Hanoi-style bun cha (pork paddies and herbs with sticky rice noodles) and bokho (a beef stew inspired by the French dish pot au feu) which I will definitely order soon.

The next night, our delivery from Picnic arrived and I was impressed even before taking the first bite. Not only is the packaging almost entirely eco-friendly paper boxes but it was also perfectly functional to be used at a picnic, as the name implies: no need for plates, no need for cutlery- just open and eat! The French fries, hand-cut and fresh out of the fryer, were the best I’ve had in years and set the bar high as we reached for our burgers. We sampled the signature Picnic Burger and the vegetarian Mushroom Burger, each on a savory homemade bun. The Picnic Burger came topped with cheese, pickles, lettuce, bacon and special sauce but the juicy beef patty stole the show. Likewise, on the Mushroom Burger the massive Portabella Mushroom was the standout ingredient. It was cooked to perfection and bursting with flavor.

The success of Picnic and An Vietnamese are bright points in what has otherwise been a dire few months for the Mandalay dining scene. Thanks to the quick adaptations made by Anh and Nay Aung Win, Mandalay foodies have two fabulous options for fresh, tasty home delivery.

5 new restaurants you should visit now