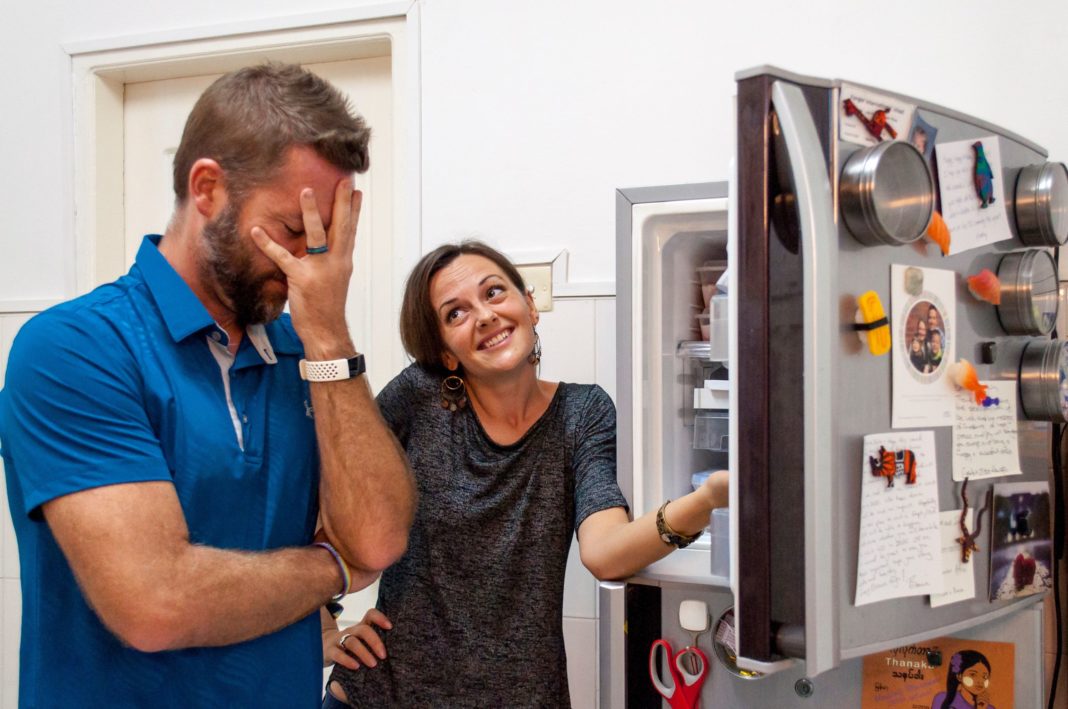 Julie Foote’s husband wasn’t worried hearing there’s a snake in the freezer. “He didn’t bat an eye. His only concern was where we’d put the ice-cream.” In fact, he and their friends are still overwhelmingly excited. For this snake is dead, and waiting to be transported to America to be examined by a Herpetologist. Their snake could be new species and definitely is rare.

The journey for ‘Mud’ the snake, ended and began in the backyard of Nay Zwel, a dog breeder from North Dagon, just 30 minutes’ drive out from the Sule Pagoda. It was a hot Friday as he and six-year-old daughter, Jue Jue were cooking in the kitchen.

Outside dogs began barking and sniffing ferociously in the front garden. That wasn’t unusual but this was the same spot he’d seen an enormous Cobra the day before. His first instinct, when spotting Mud, was protecting Jue Jue and his pets and while today, he has regrets, he felt compelled to hit it over the head.

In a desperate search to identify the snake Nay Zwel came across one of Myanmar’s most popular community Facebook pages, “Snakes Of Myanmar”. Within moments of posting Mud’s photo on the page the excitement began to mount.

“This may be a really significant snake,” wrote Justin Lee, ‘amazing’ said another. What everyone agreed was the snake is of the Gyiophis group, a smaller group within the family of snakes ‘Homalopsidae’.

“It’s a mud snake, and only around 1 foot, a brown color with black spots” nothing amazing unless put in context of it living right inside Myanmar’s largest city, Yangon, and possibly having never been uncovered before.

Was Mud just rare, or a new species, no-one quite knew. As hours passed the debate turned from identification to preservation and whether the specimen was scientifically significant, enough to send to a lab for further analysis. That mean considering the logistics of transporting Mud from Myanmar to the US.

Justin Bernstein, PdD candidate, Rutgers University-Newark, from his home in the USA jumped into the Facebook conversation as now there was a race on to preserve Mud’s DNA.
“Get to a freezer!” was the call.

The atmosphere was palpable within the group and caught the attention of Julie. There was no question about offering to store Mud in her freezer in Thingangyun.

Julie recently discovered an interest in reptiles, initially driven by fear. “We know a disconcerting number of people here who have encountered venomous cobras or vipers, sometimes even in their homes”.

In a quest to discover more about venomous snakes she joined ‘Snakes of Myanmar’ to discover the group is more about highlighting the diversity and beauty of many of these primarily harmless animals.

Now frozen in Julie’s freezer the hard work begins. Mud needs special permits and permissions for transportation over 13,500 kilometers from Yangon to the USA.

Every year, new species of snakes are discovered and described, sometimes exceeding 100. Mud’s tiny body, whether he/she is rare or undiscovered will add to our understanding of behaviour and diversity of these extraordinary creatures.

“Snake identification and the knowledge of snake biodiversity is critical. All of this acts as a foundation that contributes to medicine, ecosystem services, conservation, and a general understanding of evolutionary dynamics, and much more,” said Justin.

The wait begins, yet for Julie, “It makes me laugh to think I just stumbled into contributing to the research of a potentially new species. Quite honestly, it’s been the most exciting thing to happen to us in lockdown.”

NOTE:
If you sees a snake you should take a photo from a safe distance and upload it to “Snakes in Myanmar” for identification. Do not handle or get close to any snakes you do not know the identity of. We do not endorse killing snakes.