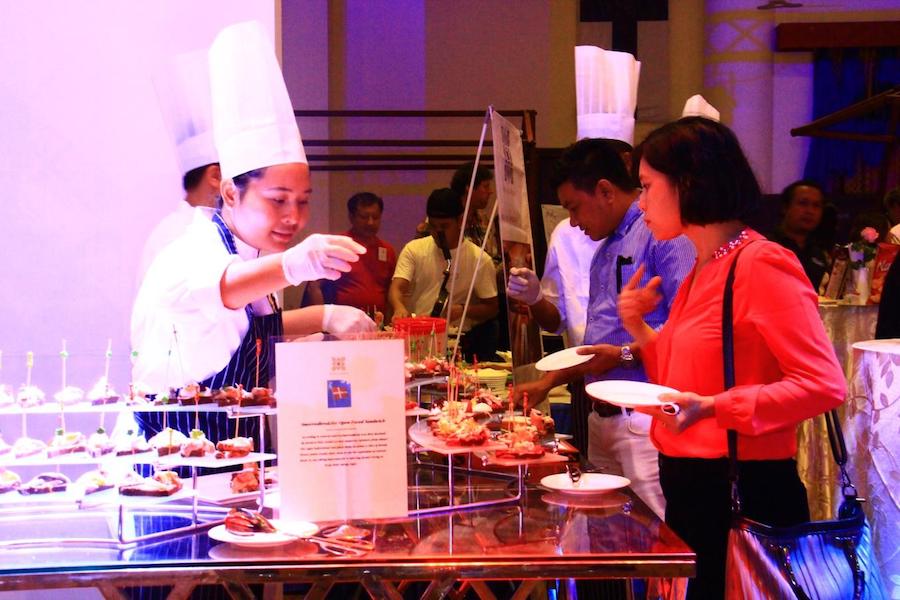 The third European Food Festival returns to the Rose Garden Hotel in Yangon from 4pm to 10pm on Saturday, July 28.

Presented by the Chaîne des Rôtisseurs, Bailliage du Myanmar, the festival showcases dishes from some of the best European restaurants in Yangon, with over 20 countries represented.

“We are very proud to see so many restaurants and hotels participating this year. The list of participants, from as far as Mandalay, Naypyidaw, Kalaw and Inle Lake, reads as the ‘Who’s Who’ of Myanmar’s dining scene,” said Alexander Scheible, general manager of the Rose Garden Hotel.

Entry tickets are 5,000 kyats and include free-flow beer and soft drinks, while individual dishes, wines and cocktails may be purchased from 3,000 kyats upward. Group packages and special early bird tickets, which will include complimentary food coupons, will be available to purchase until July 14 at select locations across the city.

“With the revised event concept this year we put the focus on the diverse European food culture and encourage participating restaurants to produce top notch dishes; same time the festival will remain a fun-day with great entertainers on the stage,” Alexander Scheible added.

Guests will have the chance to enjoy live entertainment throughout the afternoon and evening, with confirmed acts from Irish folk, old school British rock, German hip-hop, traditional dance performances by local schools and many more.

As with the previous two years, all proceeds from sponsorship and entry tickets will be donated to a selection of local charities.