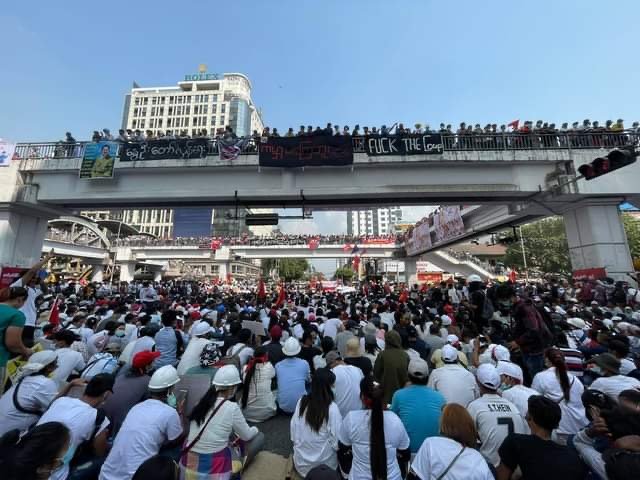 On Monday 22nd (or the 22222 protest as it was called as taking place on 2021-02-22), companies closed all over Myanmar as people went on strike and crowded on the streets. Even our neighbourhood city mart was closed(!).

In Yangon it was reported that large parts of the cirt was in a gridlock with key junctions closed off, but towards the afternoon it opened up again.

Internet was back in the morning at 9am instead of the rumoured extension of three hours to 12pm.

For LIVE updates and reporting, we strongly recommend Frontier Myanmar.