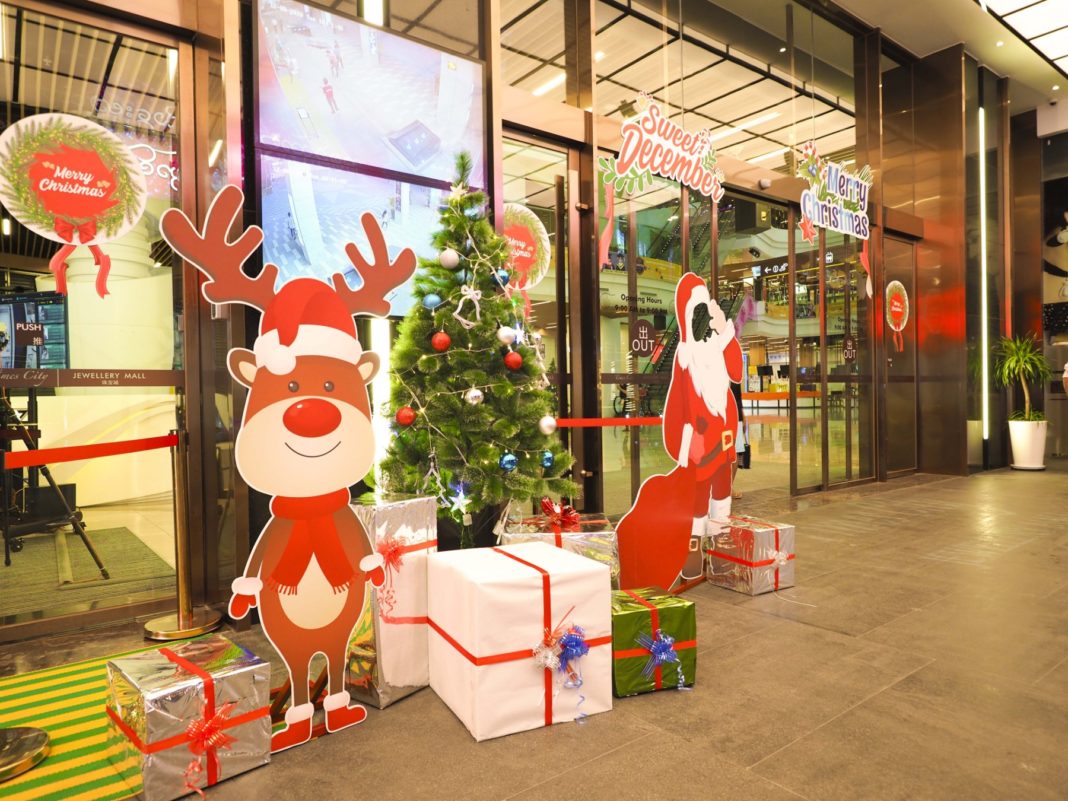 Among the Yangon Christmas displays, the phrase “Sweet December” stands out. But what is Sweet December exactly? I spoke to people from across Myanmar and interpretations were, predictably, diverse. Even some Myanmar people were unsure. Some Buddhists reported thinking it was to celebrate the final (and coolest!) month of the year, with its many holidays; or a recent social media trend. Yet, this expression holds the key to a particularly Myanmar Christian tradition.   According to Ngwa Cynthia, a music teacher and Lisu Christian from Kachin state, the tradition of Sweet December began when missionaries introduced the Gregorian Calendar (Lisu were using the Chinese lunar calendar). Lisu Christians refer to a Christmas “season” (Yar Thi) rather than a month (La), but the celebration recognises December being the month of Jesus’s birth.

However, there are some crucial differences between Western Christmas and Sweet December. Most Christians I spoke to mentioned candles, decorations, games, carols, and a lot of eating: all familiar enough. However unlike the Western Christmas tradition, with its emphasis on getting the whole family together, Sweet December is all about community. Ngwe Cynthia said, “if it were another country the whole country might celebrate, but here it’s community-specific. It’s not a family gathering but a community gathering.”

Timing is also important. Myanmar Christians often have a midnight service on the 30th November. Salai Aung Ling, from Hakha in Chin state, is Roman Catholic. He said Catholics don’t celebrate Sweet December but Baptists in the region do. Like the Lisu, Chin Baptists have a service to celebrate the transition to December before eating together. “Then they greet Sweet December and say, “peace be with you” in the morning on the first day of December.”

Sweet December traditions differ depending on the region, which is most obviously reflected in the food. While eating is always central to celebrations, the food reflects local fare, with no turkeys or yule logs in sight. For example, Ngwa Cynthia’s region has a lot of bok choy at that time of year, so bok choy soup with pork, ginger and coriander is standard. Salai Aung Ling described the community sharing soup, noodles and mohinga.  The traditions are also changing. Aside from welcoming in December on November 30th, Ngwe Cynthia’s community attend another church service. That used to take place anytime in December, but now it’s often held on the 25th, as in Western Christmas. Carols used to follow the European tradition of going from house to house, singing and collecting donations, but now Ngwe Cynthia says carollers are more likely to leave a small gift behind, a la Santa Claus.

For Ko Aung Paing, blending Eastern and Western traditions is all part of the job as Event Planner at the luxury condo Times City. Ko Paing is originally from Taungyi, Shan state. He used to celebrate Sweet December with his Christian Grandmother, as a child. “We would have an evening service and then invite everyone — not just Christians — to share Shan Kauk Swe.”  Previously, Ko Paing had used Christmas and New Year’s decorations together, but when brainstorming for the newly opened Times City, his childhood memory inspired him. Ko Paing and his designer included “Sweet December” signs in the display. “My Grandma used to put a piece of paper on the wall saying Sweet December for that whole month.”

Although Sweet December might have been a little unfamiliar to the (majority Bamar and foreign) customers at first, the feedback has been positive. “I want to raise awareness of it without it being necessarily a religious thing. We just want to recognise these lovely customs.”