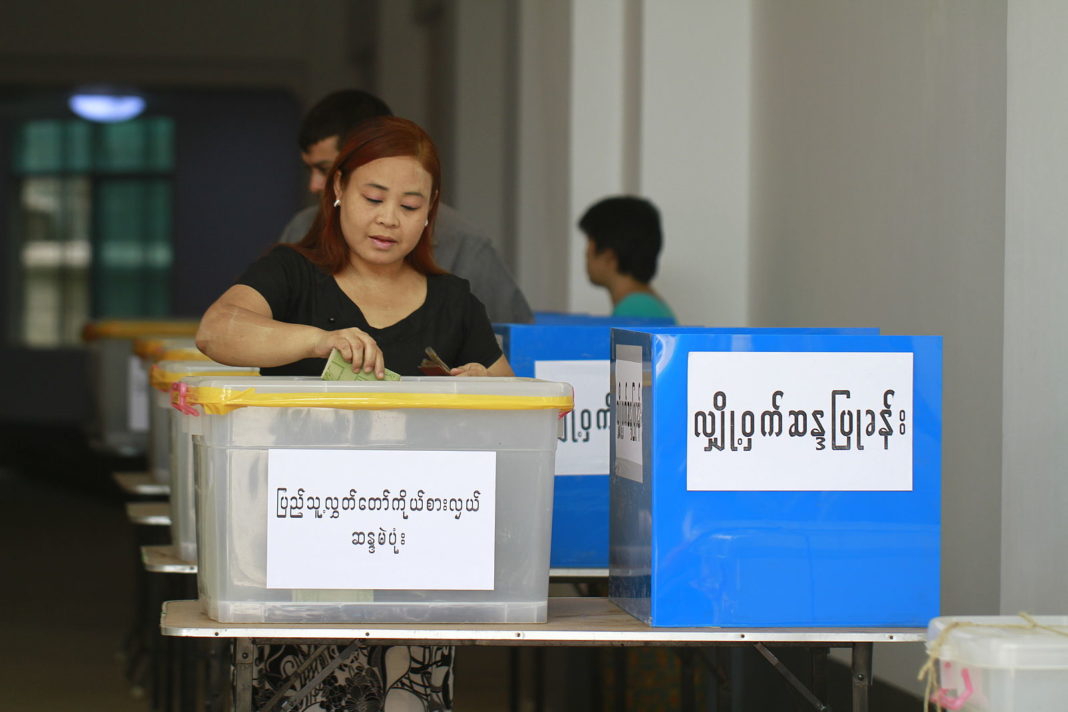 It has been four years, and after the US election this week it is on Sunday November 8th time for Myanmar’s Election! For a detailed coverage and excellent reporting of the election, check out Frontier. Meanwhile, here is a quick guide to what how the election day will be organised and who the different parties are.

About the election day

The 2020 Myanmar election is going to be different than the previous elections. One of the reasons being the Covid-19 pandemic, and the other reason is that this year the goal is to make the election fair and square, however, observers and media is questioning it such as this article from Foreign Policy – “Myanmar’s Elections Won’t Be Free or Fair“.

With COVID-19 the safety of the citizens during the elections has been a big concern. This was mitigated by holding early elections from October 29 for the elderly (ages 60 and above) who were under stay-at-home orders as well as citizens under Covid-19 restrictions according to the Union Election Commission (UEC). Among the early voters included State Counselor Aung San Suu Kyi and the President of Myanmar, Win Myint. These early elections were to prevent the spread of COVID-19 by reducing the population of voters during the general elections.

As for the general elections, the Health and Ministries of Myanmar stated that they have organized a safety guaranteed procedure that would take approximately 6-7 minutes at most, and there will be 4 polling stations for every polling place. The election commission staff members nationwide are not tested for COVID-19, but the security guards are tested negatively in order to work. They will also be wearing protective clothing and equipment for healthcare workers.

Although people won’t be able to vote at all in many districts in various states, the districts that were eligible to vote were more than the 2010 and 2015 elections acording to UEC.

Here is what you need to know for the people that are eligible to vote this year.