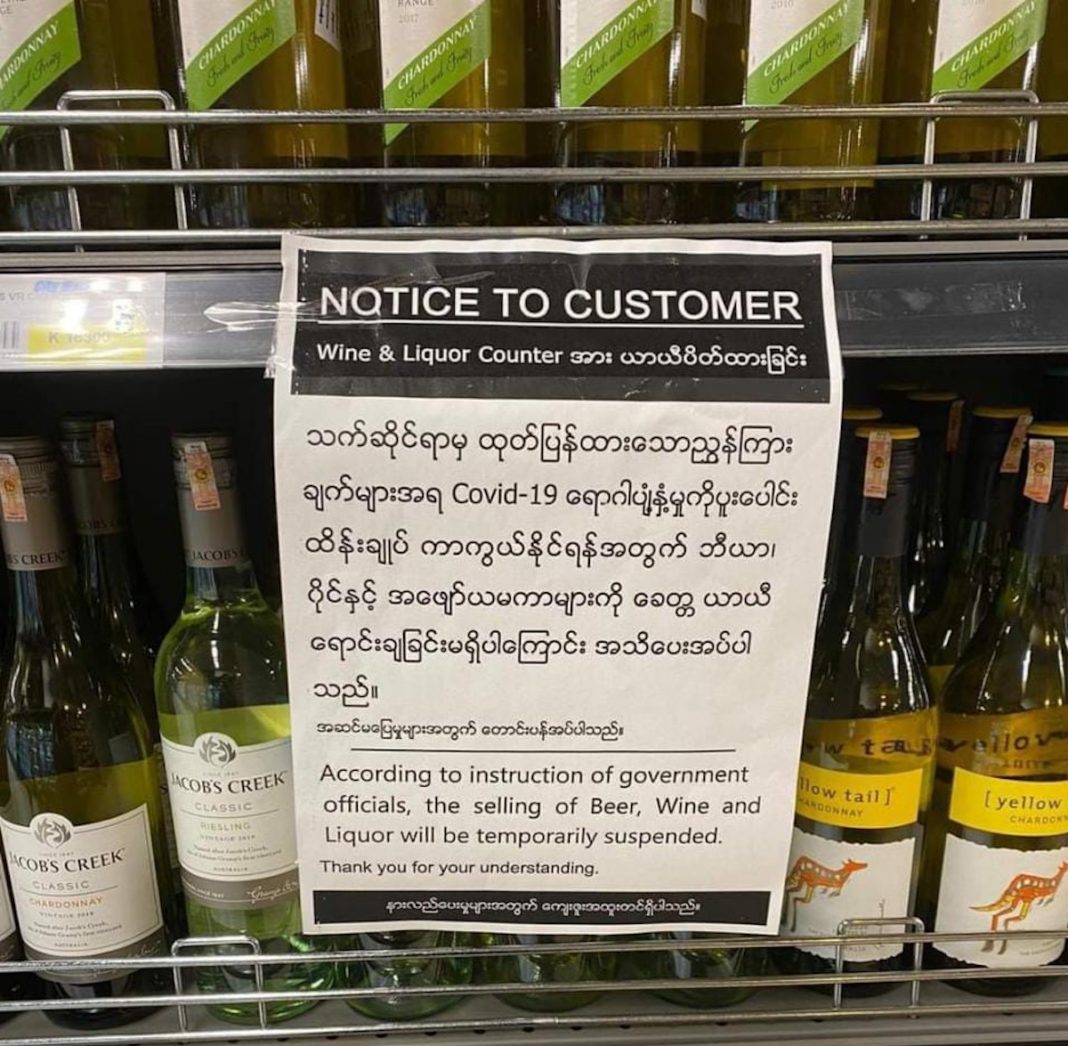 Rest easy! Don’t Panic! There has been no Government suspension on the sale of alcohol in Yangon.

That’s the latest word after a morning of flurried social media posts after a shopper at City Mart, Junction City shared a photo of a government statement slapped in front of the wine collection.

The document declared that Beer, Wine and Liquor sales have been “suspended… according to instructions of Government”.

Word spread rapidly through expat networks. “Lockdown without a beer is a scenario from hell,” wrote Miro, as Andrew Harvey admitted to rushing to buy six bottles of wine online.

City Mart rushed to quell the panic clarified the situation admitted an error had been made:

“Hi guys. This was a mistake by our staff. There are only two stores in Thanlyin that cannot sell alcohol. All other branches are ok. Staff in other stores may have but the notices up due to a miscommunication. The notices should have been taken away now,” was the response from Zaw Erskine, City Mart, to Andrew Harvey’s post on Facebook.

Relax, a glass of wine maybe in order, and rumour has it the sales of wine went through the roof today.