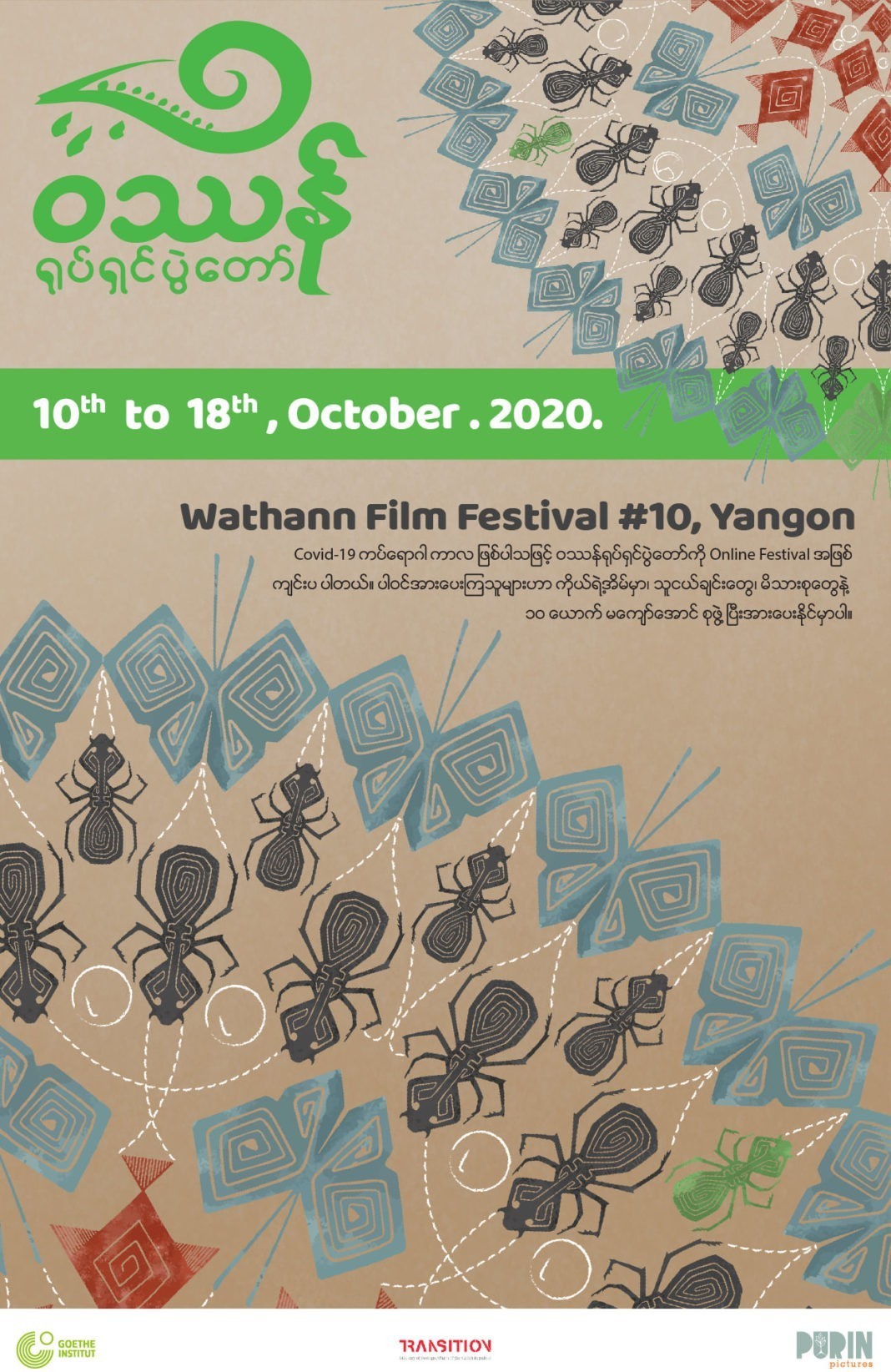 This year’s event commemorates the 10th anniversary of the festival and also coincides with the centennial of the Myanmar cinema. It will feature a total of 63 short films and documentaries from local and international filmmakers.

The festival is composed of five programmes, spanning from 10-18 October. Wathann Competition is a contest of short films among indie directors while Emerging Competition is for upcoming auteurs. Two juries each comprising three judges will decide the winners in each category.

Special Screening of Mekong 2030 is supposed to promote environmental and cultural awareness. It is an anthological film comprising five short stories that envision the future of Mekong River from different cultural perspectives.

Wathann itself is building a website specifically for audiences to enjoy the films from the comfort of their homes. It is supposed to be ready by 1 October. Meanwhile, the Living Room Cinema programme has invited movie enthusiasts to apply for the permission to screen S-Express 2020 at home with friends and families. S-Express is a collection of featurettes from seven Southeast Asian countries.

To reflect the lives in the time of COVID-19 pandemic, four short films will be featured in the non-competition programme, Reflecting New Normal.

Thaid Dhi, an organiser, said in the statement: “When the situation returns to normal, we will consider featuring the films again at cinemas in December.”

There are three awards in the Wathann Competition: Best Short Film, Best Documentary, and New Vision while one in the Emerging Competition, Emerging Filmmaker Award.

In addition, webinars are under plan to celebrate the centennial of Myanmar cinema where filmmakers, script writers and prominent figures discuss and reflect on the past and future of the 100-year-old industry.