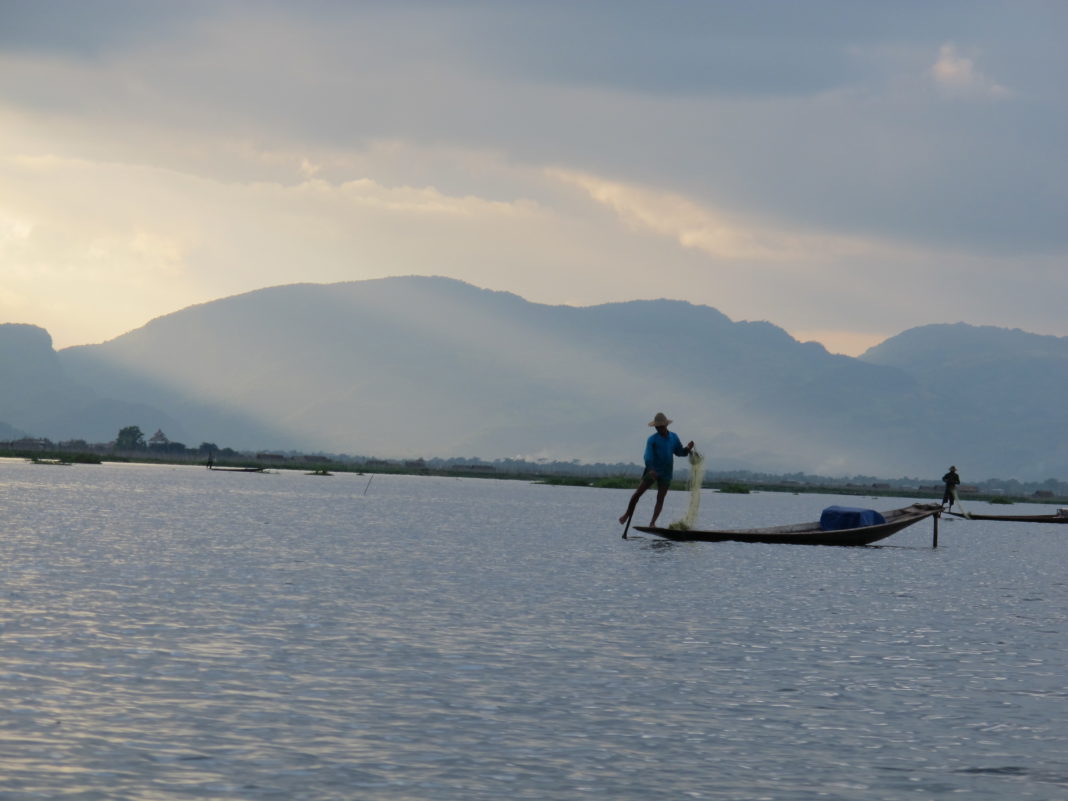 With no tourists since the end of March, Inle Lake’s longtail boats are sitting empty at the jetty. The boat owners and drivers are finding new ways to earn a living until tourism can return.

‘You want a boat? I have a boat. I can show you around Inle Lake.’ Anyone who has taken a walk around Nyaung Shwe, the nearest town to Inle Lake, has heard this refrain from the numerous touts who hang out near the jetty. Another familiar sound for visitors is the distinctive buzz of the longtail boat engines as they shuttle tourists and local residents across the lake’s waters is

But since the end of March, when COVID-19 travel restrictions went into place, the boat touts have disappeared from the streets and the lake has taken on an eerie silence. While many may find this hush to be a pleasant change, it is not all good news.

More than 1200 boats are registered at Inle Lake, with an estimated two-thirds of these being used exclusively for tourism. The remaining third are predominately used for transporting goods and the lake’s resident population but during the peak travel season, even these boats are used for tourism.

And while the media and government have raised a lot of attention to the devastating impacts of the pandemic for hotels, airlines, and tour operators, the effects of a tourism downturn are much further reaching. There are guides and drivers, as well as shop owners, restaurants, souvenir sellers, and other beneficiaries of the trickle-down effect of tourism.

The Inle Lake boat drivers and boat owners are one such set of beneficiaries. And that benefit has totally dried up as the 1200 boats, and their drivers, are idle. During the recent long weekend over Martyr’s day, engines started up for the first time in nearly four months. But it was a small blip on what is otherwise a blank radar screen.

Ko Naing Lin has been in the boat business for 14 years. He owns twenty boats and during the high season months of October to March, his entire fleet is hired out most days. Although he is single and has no children of his own, Naing Lin is the main financial support for his parents and his siblings. In all his years of business, he has seen some ups and downs but never seen- nor expected- something like this.

‘After Myanmar’s Saffron Revolution in 2007, tourism dropped off but there still were boats needed for trading and transport. The domestic tourism market resumed after a month and not long after foreign visitors returned. It was a difficult year, but we still managed to have some business. This time, due to COVID-19, for four months I have had no business at all. It is totally empty here and I don’t expect to have any for at least a few more months.’, said Naing Lin.

Of course, the boat drivers themselves are also out of work. Much like London black cab drivers, the boat drivers seem to know every corner of the lake and how to best get from A to B. They know the areas to avoid, where the undergrowth is too thick, and how to deftly maneuver through the narrower channels in the villages near the shore. And they seem to know every resident on the lake, be it a fellow boat driver, a shopkeeper or a kid leaning out the window to wave.

Typically, they are on the water every day during the high season and at least a few days a week in the slower months. U Thar Nge has been a boat driver for fourteen years, working for Naing Lin since he started his business in 2006. A father of three, he can make up to 500,000 kyats per month in wages and tips during the high season. Now he has turned to fish freshwater eel, a common protein source in the area. On a good day, he can make 10,000 kyats selling eel but there is little consistency in the day to day business.

‘Normally fresh eel is bought in bulk by market vendors and restaurant owners. But with the markets and restaurants closed, we must be more resourceful. My wife and I sell by motorbike, driving from village to village to try and find buyers’, Thar Nge explained.

Ko Thet Naing Zaw is in a similar situation. He grew up in Inphawkhone Village, a weaving village that is a popular stop during tourist boat trips. He started working as a boat driver five years ago as a way to support his wife and young child. Now Thet Naing Zaw is selling eggs, making around 6,000 kyats per day, and not confident that tourism will resume any time soon.

The stoppage of tourism has effects that go beyond the financial impact on the lake’s residence. There is also a psychological impact. While nearly every lake resident we talked to was happy with the reduction in noise and water pollution, they were also equally worried about the future and eager for tourism to return. ‘I feel insecure because the business has totally stopped and there is nothing I can do about it. I don’t expect a lot of business for the coming year, but we can’t give up. We must try something’, Naing Lin remarked. Much like Thar Nge and Thet Naing Zaw, Naing Lin has also shifted to a new job- helping his family with their wholesale tomato distribution.

Despite the bleak prognosis for the coming tourism season, the quiet resilience displayed by the boat drivers and owners is inspiring. Rather than the sob stories being told by suppliers and tour operators in other destinations, the Inle Lake crew are being resourceful and making ends meet. But if you hang out at the Nyaung Shwe jetty long enough, a tout will find you and a driver will magically appear to take you on the lake. So hit the road and travel to Inle to experience this unusual tranquillity – and at the end of it all, be sure to tip your driver well!