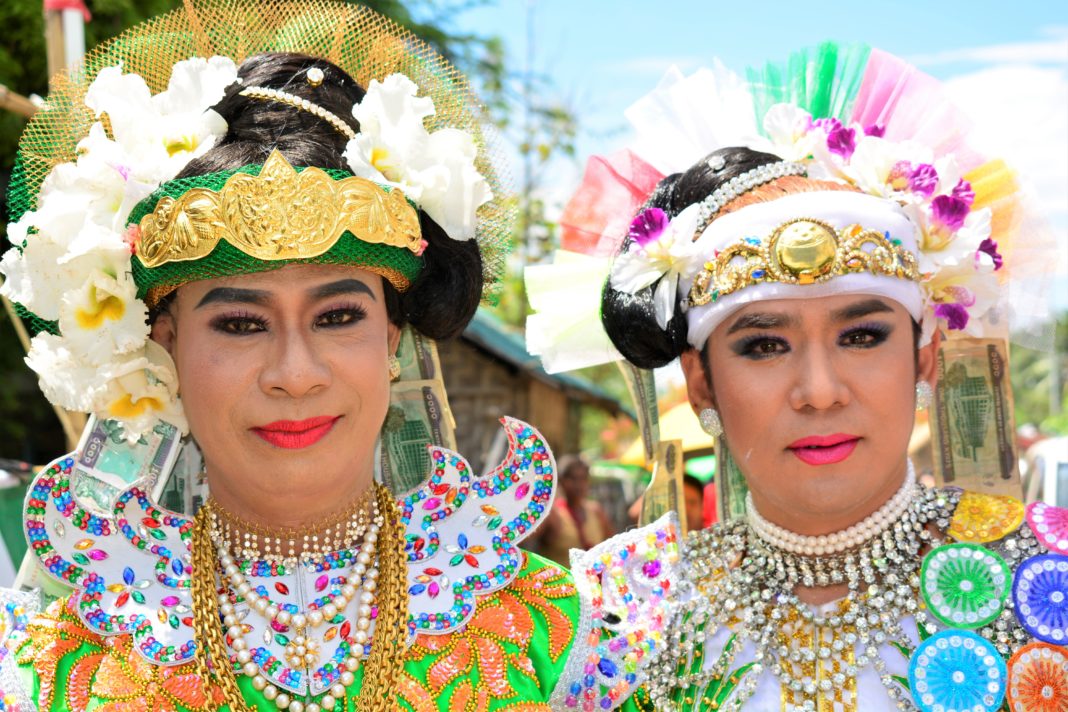 The Taung Byone festival, held in a tiny village outside Mandalay has been cancelled for 2020 due to Covid-19 fears.

Every year, in August or September the annual festival attracts tens of thousands of party-goers, for a festival of colour, music, dance and to receive blessing from Nat’s, or spirits, who for the past forty years have been trans women and men.

In a packed tent, the music blares as the Nat takes center stage.

One of the audience will be chosen to approach holding cash that’s to be pinned onto the Nat’s costume in exchange for a blessing of health, wealth and love.

This festival is enshrined in history.

It was over a thousand years ago Myanmar’s first King, Anawratha, began the festival as atonement.

He’d execution of two of his Generals, two brothers who’d led their men into battle but chose to ignore the King’s command to make a brick for a pagoda, instead they headed out to party.

Angry, Anawratha chopped off the General’s heads, and the next day suffered from overwhelming regret.

As restitution for their execution, King Anawratha began the Taung Pyone Nat Festival.