MYANMOREThe Ultimate Guide to What's On
More
Home Articles A young Myanmar entrepreneur is blazing a trail for Burmese food in... 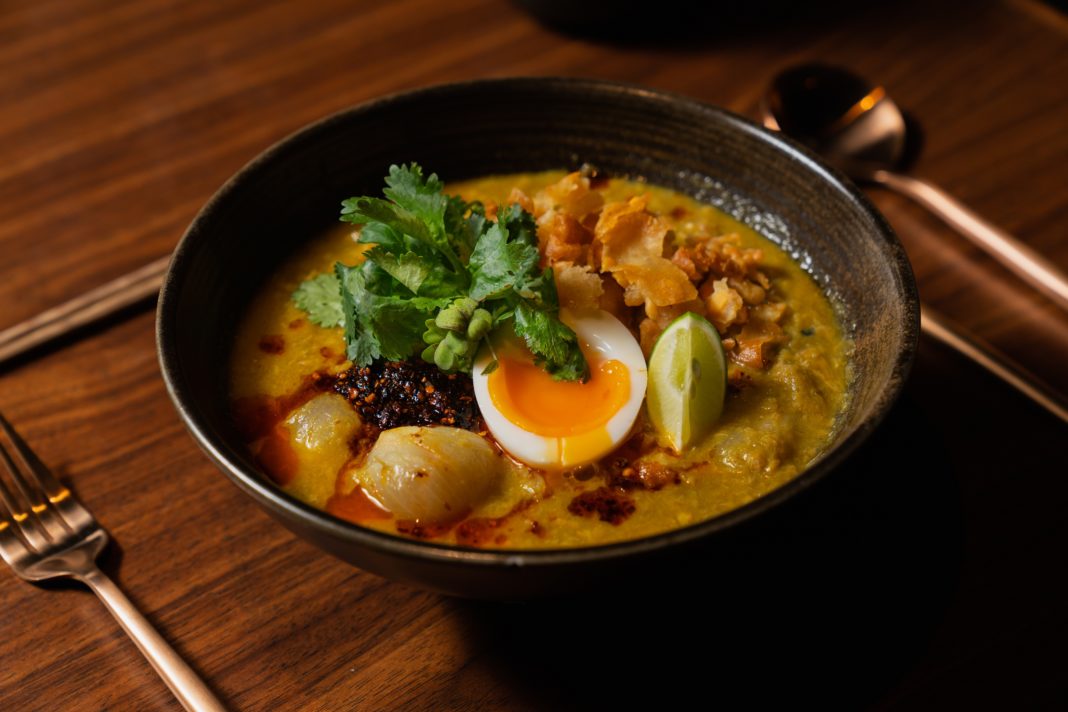 Southeast Asian food has been enjoying their time under the limelight for some time. You can see Thai restaurants mushrooming across the globe with Tom Yum soup and green curries. Vietnam has weighed in on the noodles scene with its iconic Pho.

It seems Burmese cuisine is somewhat overlooked by gourmet enthusiasts around the world. From the Michelin-recognised Laphet Restaurant in London to San Francisco’s sweetheart Burma Superstar, the local food is starting to take roots in the global soil.

Along came Club Rangoon, a Burmese-owned Burmese restaurant that’s going to open its doors on 9th July in Hong Kong.

The proprietor Nelson Htoo is a Yangon native who was raised abroad. After studying in Singapore and London, and finishing his master’s in Hong Kong, Htoo began to notice Burmese cuisine has yet to take his place in the international F&B industry.

“My relationship with Burmese food is very much a personal one; it was a source of comfort and safety, especially when I was physically far away from home,” he says in our email correspondence.

When you recreate an ethnic cuisine in the foreign soil, the balance between sticking to original recipes and customising to meet the taste of the people alien to that cuisine is what makes and breaks the restaurant. If you are too faithful to the recipe, the customers may not like the result. If you change it too much, the food loses authenticity.

Htoo’s approach is simple: “We used a lot of my mum’s and my grandma’s recipes. A lot of the dishes on the menu are what my mum would cook for me whenever I visited home, so I wanted to relay that exact same experience. Apart from the laphet [tea leaves] which we get directly from Myanmar, most ingredients are sourced in Hong Kong from local suppliers.

When you have lunch with expats or talk about the local food, the frequent complaints you would hear about the Burmese cuisine is that many curries contain too much oil.

I shared this experience with Htoo and he agrees: “Yes. Burmese food definitely contains a lot of oil. Especially in a city like Hong Kong, where diners tend to be very health conscious, it’s important to factor that in when we’re developing the menu. At the same time, you don’t want to compromise the authenticity of the dishes. I think those that are genuinely curious about Burmese food will be willing to try it, oil or no oil.”

The Burmese take cues from Indian cuisine in some of their dishes, like mutton and chicken curries, and lentil soup. So, many Burmese people love well-spiced biryani, chutney and samosa.

Htoo doesn’t lose this concept and integrates Dan Pauk, the Burmese word for biryani, in his menu. “Our biryani is slow-cooked for eight hours and features dried raisins and buttered rice, topped off with our head chef Karisa’s favorite tomato chutney.”

“We did a few tastings in Hong Kong,” says Htoo. “Most of my non-Burmese friends thought it was really different from other asian cuisines. Many of them said that the dishes had really strong but unique flavours. There was a certain homeliness to it all.”

It’s a bold move to open a new restaurant as many properties have closed their doors in the wake of COVID-19.

Htoo reflects on the challenges he faced: “From a business standpoint, many of the challenges lie in not having been able to optimize the time leading up to the opening, like having to cancel pop-up events to promote the restaurant. We were constantly postponing our opening, many of our shipments and essential meetings were also delayed. Now, finally, we are able to open and we’re extremely grateful to be in a situation that allows us to do so.”

Amid the pandemic, many safety measures will still have to be in place when the restaurant is open, such as temperature screening and health declarations.

“This will definitely influence the way we curate our dining experience, with love and care being a priority within our menu and service. I can only hope that this also serves to be an opportunity for Burmese cuisine to become part of the ‘new normal’ after dining with us.”

Then, we moved on to more lighthearted topics like what was the foreigners’ response when they first tried Ngapi, the fermented fish paste which is omnipresent in Burmese cuisine.

Then, he shares his visions for Club Rangoon and Burmese cuisine.

“The lack of attention on Burmese cuisine is very much reflective of its availability. I hope that Burmese cuisine becomes more common within the F&B industry and that Club Rangoon will be a positive introduction to Burmese food for diners here in Hong Kong. For now, I’m glad to be able to deliver this unique dining experience, but hopefully, Club Rangoon can grow and manifest in other places like Singapore.”