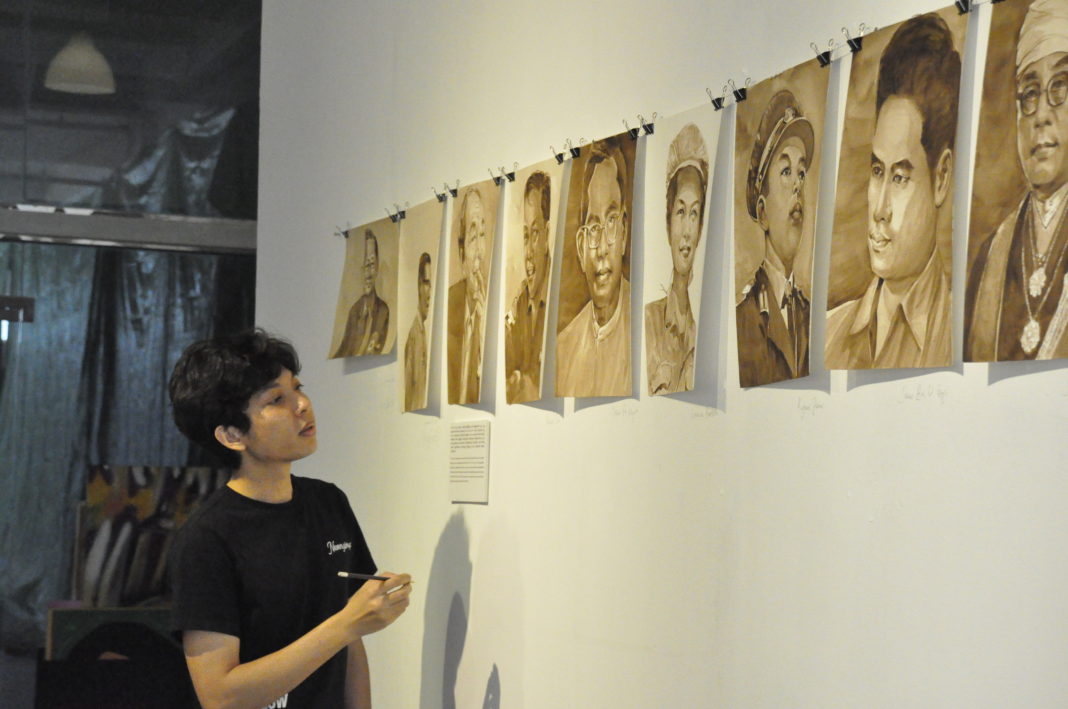 Myanm/art is hosting an art exhibition dedicated to Martyr’s Day 2020, their incentive is for people to take time to consider the complex versions of Myanmar history and investigate your own perspectives and biases through the artworks and the questionnaires. The art exhibition will be held from 17th July to 20th July for three consecutive days.

We should question how our history is taught to us. Who are the characters, what are their stories? Researching our past requires a 360-degree view of the heroes and the villains. The characters are complex and there are still untold stories left among them. When we learn about history, we learn from multiple viewpoints, textbook education, censorship, and propaganda.

Reflect on your own perspective of Myanmar’s history. Who taught it to you? From whose point of view do you understand the stories of Burma? Are you critical of history or are you simply proud of it? Do you lament the changes or are you happy with where the country stands now?

The artworks in this exhibition reflect the history of the country from two varying perspectives. One is the perspective of Sawangowongse Yawnghwe, a Shan artist who lives outside of Myanmar but whose life and family tell the history of independence and parliamentary democracy, ethnic strife, and military conquest. The other perspective is of Aung Zaw Myo, from the Anyar region – not an artist but a program officer and writer at Rainfall Feminist Organization. His Multiple Choice questions confront the audience about their version of the truth when it comes to society in Myanmar.

Sawangwongse is a Shan artist who grew up in Thailand and Canada. Though he has never lived in Myanmar, he is heir to an important legacy, being the grandson of the last Saphaw of Yawghwe (Nyaung Shwe) and the first president of Burma – Sao Shwe Thike. He was born in a Shan Army camp on the border with Thailand. His journey as an artist takes him back through his family’s history – which is also the history of the country. In this portrait series, Sawangwongse paints twenty notable persons involved in the transition from colonialism to democracy, the aftermath of General Aung San’s death, and the entry into a turbulent and troubled future for the country. These are the founders of the original systems of justice in the country – those who philosophized, criticized, and in some cases mocked the ideals of justice for the people of Burma. They are where it all began and why we are here today.