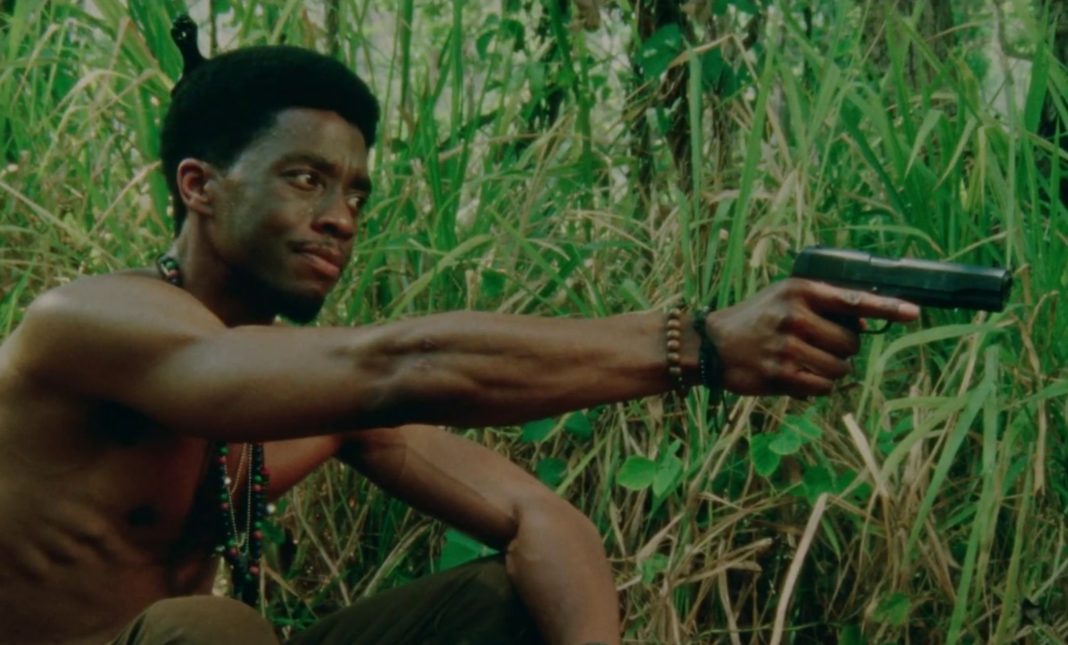 Our recommendation of TV shows, films, comedy shows and everything you can watch on Netflix as a substitution of our Cinema section due to the closure of Yangon’s cinema scene. Enjoy!

Spike Lee fans are undoubtedly ready for Netflix to get its next month of content underway. The director’s new Netflix original film Da 5 Bloods is set to drop on the 12th, with a tale of five Vietnam War vets returning to the country they once fought through for a very special mission.

However, if you’re looking for a new Netflix original that plays to more of a silly and comedic angle, then the long-awaited debut of Eurovision Song Contest: The Story of Fire Saga (26th Jun) will most definitely tide you over. Yes, this is that Will Ferrell movie you heard was in the works a while ago, and no, this isn’t a dream. There’s even a music video to prove it.

Sometimes, you need a classic or two in order to really feel at home, and Netflix has you covered there as well. Whether you want the Spielberg-led warmth of E.T. The Extra-Terrestrial, or the ’90s style adaptation of Jane Austen literature with the Alicia Silverstone comedy Clueless, you can be sure that those magic moments you still remember have not lost their sparkle.

On 5th Jun, 13 Reasons Why will be back for the last time. It’s shorter than the previous seasons with only 10 episodes. The Liberty High School students are ready to start the new chapter of their lives after graduation. But, are they? Find out yourself.

TV has its fair share of teary-eyed moments headed its way in June 2020, as Netflix is ready to mount an all-out assault on your feelings. Wrapping the decades-long legacy of the Full House franchise, an early look at Fuller House: The Farewell Season, available 2nd Jun, even has its leads crying and laughing in quick succession. If you’re someone who cries during weddings, prepare for a triple threat, courtesy of the Tanner family.

If you prefer your tears to be more reality-based, Queer Eye: Season 5 (5th Jun) will oblige your Kleenex inducing needs, as the new Fab 5 will be on the road to bettering people’s lives yet again. This season’s antics take the boys to the city of brotherly love, as Philadelphia acts as the home base for this next group of episodes. Here come the cheesesteak jokes.

Anime lovers probably can’t wait for the Sailormoon director’s new film, A Whisker Away, airing on the 18th. It’s about a teenage girl who transforms into a cat to get the attention of her crush. A girl wants to be a cat for love. A mermaid wants to be a human for love. Aren’t we all suckers for love?

In the thriller department, the Italian series Curon is on our radar. It’s about the inhabitants of the cursed town who are haunted by the past memories every time they hear the old church bell ring. This Lovecraft-meets-King horror will stream on the 10th.

Another thriller show we can’t wait to see is Dark. The third and final season of German-language show will be released on 27th Jun, which is a deliberate attempt to coincide with the beginning of the last cycle in the world of the show. Following the events of Season 2, the upcoming season will delve into the apocalyptic world after a nuclear explosion.

Last but not least, the network TV options on Netflix are about to get a lot more interesting in this heated month of content! After six whole seasons of intrigue and twists, How To Get Away With Murder Season 6 (13th Jun) brings the hit ABC series to a shockingly dramatic close. If you’re one of those fans who’s been hoping that Bryan Fuller’s Hannibal (5th Jun) would continue on Netflix, your wishes are kind of coming true. The complete series run will be on the Netflix platform for you to enjoy, and possibly fuel further speculation that the series could return.

Don’t forget to drop a comment about your most anticipated shows and films!