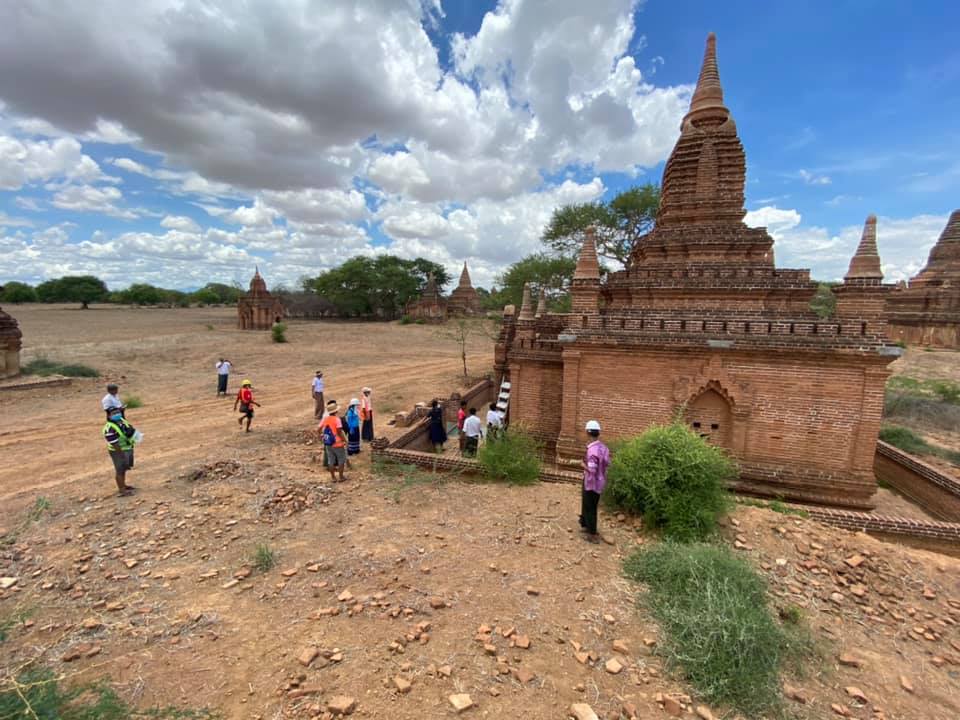 Eight pagodas in Bagan have thieves breaking in and stealing the enshrined valuables between 8 and 9 June.

The Bagan Tourist Guide Association found that five pagodas to the north of Ywarhaunggyi Pagoda were burgled during their patrol on 8 June. Again, three more pagodas between Sulamani Temple and Dhammayangyi Temple were found burgled the next day.

The association let the public know about their findings on Facebook.

Htet Htun Aung, the external communication official at the association, says: “Since 30 April, we have patrolled the pagodas with 100 volunteers. After these incidents, we tightened the security with the help of Bagan Heritage Security.”

The official assumed that there could be more pagodas that were burgled and the Department of Archaeology, National Museum and Library would inspect to find the exact number.

The eight pagodas were repaired during the 1990s. After the restoration works, well-wishers would donate jewelleries in the relic repository. The thieves left unsellable objects like beads and sculptures.

“We don’t know what kind of valuables were present in the repository. So, it’s impossible to calculate the value of stolen items,” says Htet.

The department of archaeology has filed a case against the burglars under the ancient building protection law which carries a sentence up to 10 years in prison.

Moreover, the bamboo chick at the gate of Lokatheikpan Temple was caught on fire in the morning of 9 June. Although the fire was extinguished in time and no serious damage was dealt, the authorities suppose it was an arson attack due to the presence of conifer oil in the vicinity. The temple is famous for its frescoes which contain painted inscriptions that are among the oldest documents in the Old Burmese language.

Bagan was officially inscribed as a World Heritage Site by UNESCO in July 2019. The site was usually packed with pilgrims and visitors, but empty for the last two months because of COVID-19.