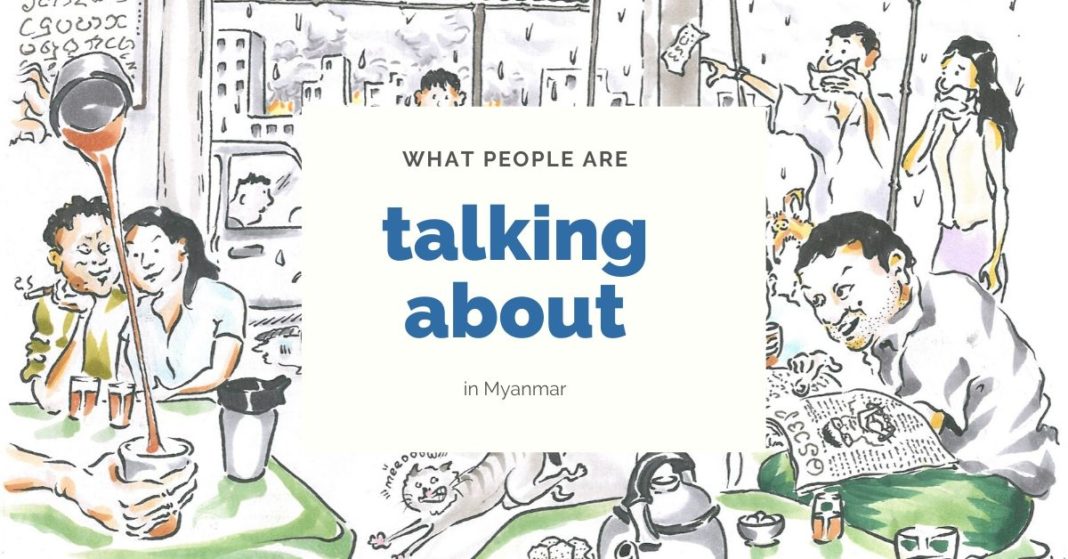 Here are recent topics that people are talking about on Facebook in Myanmar this week.

A Burmese actor has been having an affair with the maid for 2 years and the wife found out. The over-1 hour-long recording audio clip, with the wife confronting the two, was posted on Facebook by a person and it captured tons of attention from people and made them forget about the COVID-19 crisis for a day. UPDATE: The story has developed as rumors claim the maid now been attacked with acid!

A controversial topic came out when a graffiti artist from Myitkyina drew graffiti art dedicated to the fight against COVID-19. A lot of people declared their different opinions on the color of the cape of the grim reaper from the artwork. Some argue it looks like a saffron-coloured cape wearing Buddhist monk with an alms bowl. What do you think it looks like?

Sai Sai Kham Leng, the countrywide famous singer, debuted his Sai Sai Pay application. The app is built to perform functions with online payment, music, streaming and more. The singer will also make a live birthday show performance in his bedroom, which he holds every year on his birthday on April 10.

The government has officially proclaimed a statement to deliver groceries to citizenships of poverty and low family income. The goods will include rice, oil, salt, onion and peas. The process is stated to start on April 10, 2020.

In order to cheer up and lift the spirits of people in quarantine, Myanmar health workers and volunteers have been entertaining them with music at the quarantine center in Hlaing Township on April 2, 2020. Thingyan songs are also played along with dance performances of female volunteers. A lot of famous musicians including Phyo Pyae Sone, Jewel, Eaint Chit and a lot more also cheered them up with their performances.