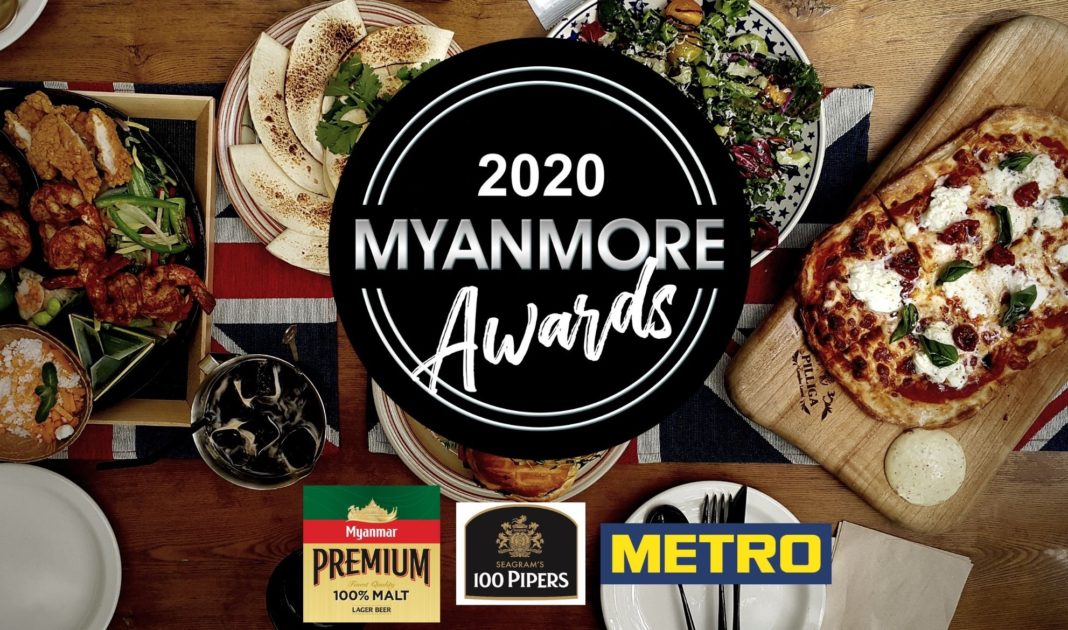 This spring the 7th annual MYANMORE Awards is taking place with its mission to push the industry to a new level and give recognition to all the quality establishments and entrepreneurs in Myanmar.

With the MYANMORE Awards we are focused on facilitating an environment where the attainment of excellence is supported throughout the year, not just celebrated on an annual basis. We want to elevate the whole industry, improving the standard of food, drinks, and hospitality across the country. We don’t want to stop at reviewing and rewarding quality: we want the MYANMORE Awards to cultivate and drive it!
After each awards programme, a Programme of Excellence is held throughout the year in which award winners will be encouraged to share their knowledge with others to promote the continuous improvement of food and beverage standards, whilst developing an ethos of excellence throughout the whole industry. Follow all related awards media content on www.myanmore.com/awards
Myanmar Brewery is, as they have been since 2014, the major sponsors of the MYANMORE Awards program with their own awards – Myanmar Premium Bar of the Year and the Myanmar Beer Restaurant of the Year. This year we are also happy to see two sponsors taking a bigger supporting role: METRO and 100Pipers.

The nomination process is taking place across several different platforms to make it easier to participate and nominate. The venues from each category with the most nominations will be compiled into a shortlist, and a panel of independent expert judges will conduct thorough and undercover evaluations of the shortlisted venues. Attention is being focussed on three specific areas of excellence: product, environment, and service.

The Venue Excellence awards categories are:

Myanmar Brewery will present its sponsored awards, this year to both Yangon and Mandalay, covering:

Vote for your favourite outlets here

In addition to this, five awards that celebrate special contributions to excellence by individuals and teams will also be awarded. Nominations for these awards come from leaders in the food and beverage industry and are being judged by an independent panel of industry experts.

The Special Contribution to Excellence awards categories are:

Nominate the individuals or organisations you feel contribute to excellence

The winners of the Special Contribution to Excellence Awards will become MYANMORE Ambassadors of Excellence, whose standards and qualities will inspire others to aim for excellence. Likewise, award-winning venues will also be profiled as benchmarks of excellence. Winners will be featured in regular print and online articles and exclusive video ‘catch-ups’ throughout the year.