Two shipping containers, both alike in dignity, in fair Yangon, where we dine and drink, set our scene.

Cocky Bar and Street Bar stand as beacons of relaxation against the backdrop of the rush hour traffic of Strand Road. Across from the beautiful Rosewood Hotel, you see them among the frames of other shipping containers being repurposed into street-side diners and bars—harbingers of a new downtown scene.

My friends and I, eager for something new on a Tuesday evening, gave them a try. Traffic was crawling down Strand and we decided to follow suit.

We went to Cocky Bar first. It had an intriguing look. A bear wearing sunglasses was lit above a dining area that was decorated with Victorian-era celebrities—Shakespeare being an inspiring one. Street Bar was more low-key with warm lighting and accents of wood against the metal frames of its structure and chairs.

We had our menu, singular, a mosquito coil, and our drink orders, 3 classic cocktails, placed within a few minutes—a nice reception—but from the moment we ordered the fun of Cocky Bar turned tragedy.

Our first drink to arrive at Cocky, a Long Island iced tea, arrived 8 minutes after our order. A mojito arrived 6 minutes later, followed by our last drink, a piña colada, 8 minutes after that. Our order of French fries and bacon-wrapped sausage made its way to us 6 minutes later. 28 minutes for bar snacks and three drinks: we were not enthused.

Now let’s compare. The two bars are similar in size and location. Their service should be reviewed side-by-side. We set off to Street bar to order the same round of drinks and comparable snacks.

At Street Bar, we were greeted with a mosquito coil and three menus (difference noted). Our order was taken almost immediately. 7 minutes and 30 seconds after our order we received all of our drinks at once and a mere 3 minutes after that we were eating our snacks.

The difference was astonishing.

Now time isn’t everything; quality is definitely a concern. No one wants a terrible piña colada. A well-crafted drink could take a dedicated bartender an extra minute. A busy bar could slow service. We tried to be understanding.

The tragedy was that both venues were relatively sparse. 4 tables on the roof-top of Cocky had customers and the same at Street.

When quality was reviewed, we had to give our stars to Street. Cocky’s drinks missed the mark, most notably with a piña colada that was missing any hints of coconut and sported a clunky orange peel garnish. Street Bar’s piña colada was full of flavor and the pineapple garnish was fresh and tasty.

Were the prices right? Street’s drink prices were set around 5,000 kyats, whereas Cocky’s were set around 3,500. And for that 1,500 kyat difference, you get so much more: simultaneously-delivered orders, quality drinks, and fast service.

Go hence, to have talk of these new things. Some will be pleased and some will be saddened.

Try Cocky Bar and Street Bar for yourself. Let us know if you have a different experience.

Find them at the corner of Strand Road and Sule Pagoda Road. Both opens at 3pm. 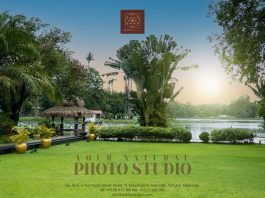 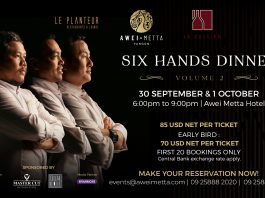