MYANMOREThe Ultimate Guide to What's On
More
Home Life & Style Column Sober: A story to give some hope 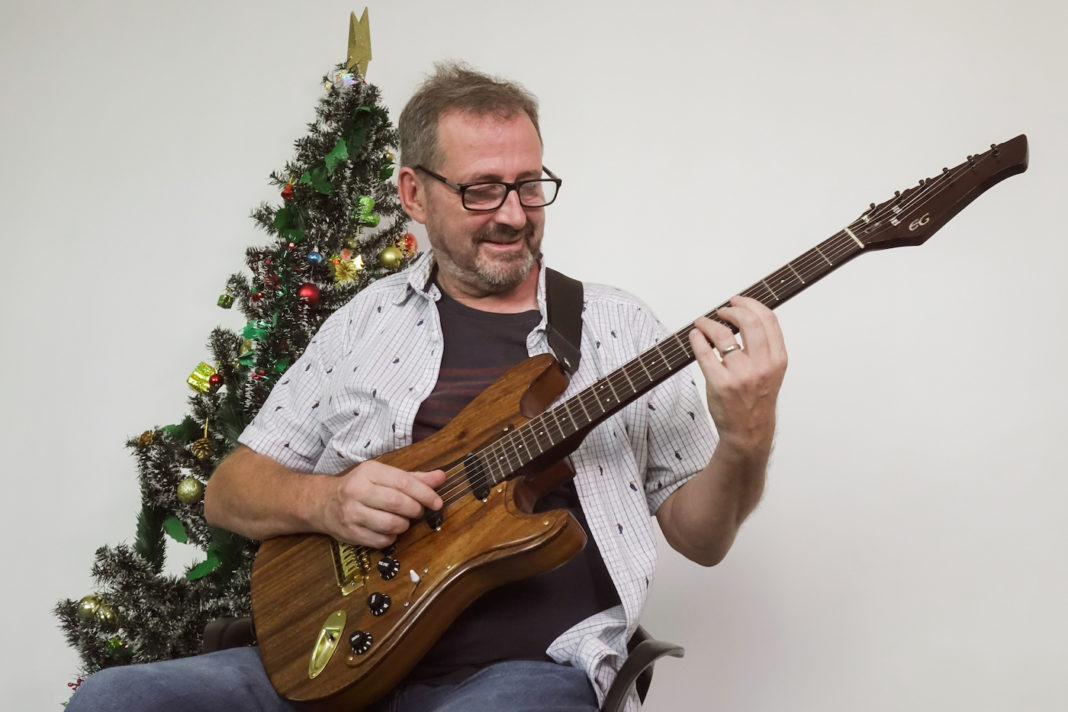 John Cutliffe is a music producer, musician and composer and has worked with well known artists in his native Ireland, Scotland, London and Nashville and has toured extensively with bands for 40 years. John has been living in Yangon for the past 3.5 years and is enjoying life to the full but In the mid 90s he found himself in a dark and lonely place with nowhere to go but up. In this article he talks about his struggle with alcohol in the hope that it may give some hope to those who find themselves feeling trapped by drink or drug dependency especially during the Christmas and New Year holidays.

I have always remembered the days that led up to the last time I had a drink. I remember exactly where I found myself when the penny dropped. It was more like an anvil dropping hitting me hard on the head on a cold morning in November. I was on the towpath by the Grand Union Canal in London.

I had been drinking for a while. I hadn’t been sober for years really. I am sure psychiatrists would tell me lots of reasons for my drinking and some of them may have some decent insights into it. I could maybe trace it back to when my son died at the age of 2 years and 4 months. I was very young to have a child. The amazing woman who was his mother gave him a better life than I could have, considering everything he was later to go through. He died of Leukemia. His name was Jarrod.

When he died I was playing in a band from Killybegs called Pluto. I was always very nervous before going on stage despite us playing at least 3 times a week in dancehalls all over the country. I don’t think we were ever going to be huge although we all probably wanted to be. Louis Walsh managed us for a short time when he was still looking after Johnny Logan but that didn’t work for us and we continued our travels without him. One of the band told me, to calm my nerves I should try a little glass of brandy before the show. Perhaps that was the trigger. All I know is for far too many years I never wanted the party to end.

In 1982 myself and a couple of very good friends decided we had to go to see the Rolling Stones at Slane Castle. Our reasoning was that they were in their 40s and would definitely stop touring soon so this was our last chance to see them. That weekend was a full on finale to what had been 6 months of 3 bewildered men drinking themselves into oblivion. When my two shipmates finally disembarked the ship we called “the official tear 1982” I stayed on board.

It was easy for years. I was a musician. I got on well with people and so musicians better than me liked having me around. I was lucky. At the very worst I was playing sessions where the drink was free. I would get paid enough to eat and live but mainly I liked drinking. My dad, himself a drinking man with his own demons, worried himself sick over me.

In the early 90s the band I was in started working with Frank Tovey in London and we were recording at Mute records. We would tour all over Europe where, not only was an abundance of drink on the contract but when fans knew a couple of us were Irish they would turn up with more drink as if it were some sort of unwritten law. More often than not we would drink that, drink what was in the backstage fridge, the tour bus fridge and then go out on whatever town we were in and drink more.

The problem was that when we got off the tour bus at the end I didn’t want to stop the party. Somehow I muddled through living in London, between friends flats and squats, often rat infested horrible squats but sometimes classy flats with good people. I made good money sometimes and at other times I was living day to day. I had friends, held down relationships with some very patient women who stayed longer than they should and put up with more than anyone deserved. I felt at home in London. At the most desperate times when we weren’t on tour I could make a call and have a session organized for that night which would include free drink all evening and enough money to eat.

I was in bad shape and everyone was telling me so,  friends at home in Ireland, friends in London, my dad, my sisters, my bandmates and yet they stood by me. They still do.

One night, a friend whose floor has seen my sorry shape far too often, couldn’t take it any more. When I arrived back at all hours rotten drunk he asked me to leave. I was drunk enough that I continued to ring his doorbell for what seemed like hours. Then I tried to sleep in the hallway of his block of flats but was removed by security guards. When I think of it now it must have been really hard for my mate not to answer the door. I am glad he didn’t. We are lifelong friends still. So I took myself off to the Seven Eleven on the Harrow Road. They were used to my early hours “wink and a nod” which meant they would sneak me a couple of cans of Strongbow Super cider way past the legal serving hours.

With my trusty cans I set off looking for somewhere to grumble about how unfair life was and found myself by the canal at Meanwhile Gardens. Somewhere in the night I must have slept a little on the bench there. Thats where the empty cans were sitting when I finally woke up to the sounds of traffic. I was on the ground near the bank of the canal. There was no magical moment where I saw my reflection in the water. If you have seen the Grand Union canal it is where reflections go when they want to hide. But something was different. This wasn’t supposed to be like this. My girlfriend at the time wasn’t picking up the phone anymore. My friend had kicked me out of his flat. I was dirty and cold and alone and feeling pretty sorry for myself. I had long stupid unwashed hair and a dirty old army type coat. I looked like a disheveled Jesus after someone had brought too much water to the wedding feast the night before.

I wanted this to stop. I didn’t want to be this person. I didn’t like me very much that morning but I had no idea how to fix it so I did what I always did, I went to the pub.

It was about 9am and the pubs were closed but one pub I knew let me in. This bar had basically become my office for the past couple of years. The manager let me in the side door. I wasn’t the only early morning casualty there. Another friend of mine was sitting at the corner of the bar.

It was the time before we all had mobiles and so our main point of contact for people to find us or for us to communicate with the rest of the world was the payphone at the corner of the bar. Oh and there was no Google so my two saviours, Sean and the manager Denis used the analog version, a phone book. They called a few places finally deciding the alcohol unit in St Mary’s Hospital would be a good start for me. Sean went with me. In fact he made sure to stay with me for the next two days.

Luck was on my side again. A really good specialist in alcohol abuse was there that day and took one look at me and started making phone calls. She came back and told me there was a bed that would be free the next day in Rugby House, a detox center in central London. This was unheard of. It usually took weeks or months to get a bed in one of these places. Not only was luck on my side but for any Americans reading this, so was the brilliant NHS.

Sean took me home to his house that night so I could get some rest and not sober up enough to change my mind. His wife and he fed me and gave me what was to be my last ever drink of alcohol. The next morning Sean ignored my reasoning that I was fine and I was getting better and went with me on the tube to Russell Square and around the corner into Rugby House. Then he left…. He probably saved my life.

There are long stories about my drinking days and my post drinking days but they are for another time. I spent 5 weeks in detox, then voluntarily went into residential care for 6 months so I would do this thing properly. I realized very quickly that I was going to be fine. Again my luck was in. I spent time in both those units with people who have some serious addiction problems and have to fight every day to stay sober. I am able to go and play in bars and eat in restaurants and buy rounds of drink for friends and I don’t have any day to day issues. So I am in awe of those who have to work hard every day to fight it. I am not that strong.

After a few weeks in the detox I went home to Ireland to see my parents. I could see years of worry drop off my dad Kevin’ face. I have never felt closer to him than that week I spent at home.

A few months later I was playing a Sunday afternoon session in the same pub I went to for help when one of my comrades from the residential care home arrived panicked and worried. They had received a call to say my dad had passed away that morning. To this day I am so relieved I was able to go home and show him I was fine. He deserved so much more from me than that but I am happy I got to give him that little moment.

There is a reason I remember when this all happened too.The week I went into detox was the first week the national lottery in the UK was drawn. I bought a ticket. It was a Saturday night in London. I was in a dry house with some great people and I won ten pounds on the first UK National Lottery. When I want to check how long I have been off the booze I check google, “first uk national lottery draw.” It was the 19th of November 1994. Thats 25 years ago . I haven’t had a drink since, nor have I won any more money. But life is good. I am the luckiest man in the world, with an amazing wife and two great sons. I have a very exciting life in some very interesting places. Who could ask for more?

Myanmar Kitchen signs more partnerships to bring food to the ones...