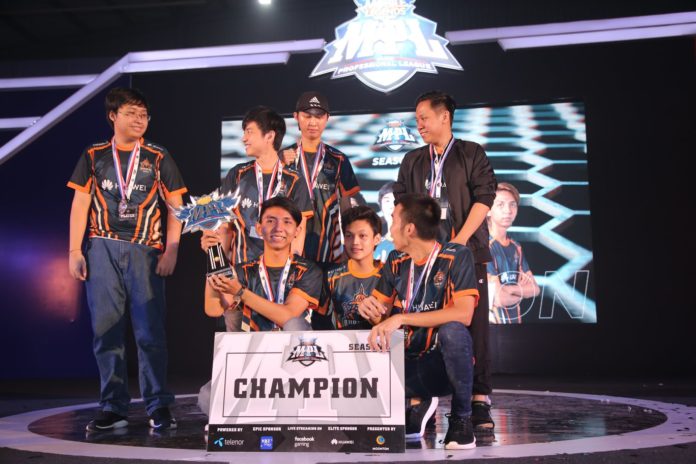 With the global esports phenomenon overgrowing in every country, Myanmar didn’t fall behind at all. When the Shanghai-based Moonton Technology held its first-ever World Championship of Mobile Legends: Bang Bang (MLBB) last month in Kuala Lumpur, Malaysia, the home-grown team Burmese Ghouls was a part of the challenge and ended up at the fourth place among 16 participating teams. Nay Thiha sat down with team members to talk about their virtual and real-life hurdles.

When I arrived at their apartment, the five-strong team was two members short as they went on vacation after a stressful week. The team was represented by Waiyan Myint who seemed to be more senior than his fellow teammates.

“It was two years ago we met online and started playing Mobile Legends,” the 24 years old recalls. “It was just Ghouls back then. Our first experience abroad was the MSC (MLBB Southeast Asian Competition) in 2018. And we changed our name to Burmese Ghouls.”

After winning the first and third seasons of MPL (MLBB Professional League) Championship locally, the team was invited to represent Myanmar in the M1 World Championship with a US$ 250,000 prize pool. But their journey didn’t go well without obstacles since an integral member of the Ghouls had dealt with passport problems and he couldn’t join the game. The Ghouls had to change their playing style to keep up with the substitute player.

“We found it more challenging than usual to play with the new formation. I’m not saying the new player was bad. We did not have enough time to train with him,” reflects Waiyan.

Like Steam’s trademark game Dota 2, this game is also played by two teams with five members each. Each player controls an avatar called “hero” to fight. There are six classes of heroes, and each hero has unique skills and attributes based on their class. Many players specialise in a certain role and struggle if they are in the role they are not familiar with.

Even the most liberal parents can be conservative when it comes to gaming in Myanmar. When asked about the team members’ family dynamics, Waiyan replies: “Of course our parents are not pleased. I left my home and stayed at the campus and some teammates have dropped out. We have chosen gaming as our way of life, so …”

An increasing number of gamers internationally have made a living from streaming on various gaming interfaces or use a channel called Twitch, an online platform for watching and streaming digital video broadcasts. They live stream their gameplays and earn money via donations or subscription fees. When I ask if this is true for local gamers, Waiyan slowly shakes his head.

“The question is how many people are willing to spend money on watching someone play video games. We have received income through partnerships with some brands. But how long it is going to support us? I don’t think we can make a living from games in Myanmar yet.”

Competition-wise, however, esports is now an official medal tournament at the 30th SEA Games in the Philippines. At the biennial event, six medals will be contested in esports and there are three categories: PC, console, and mobile. Each of them features two video games. All the Asean countries, except Brunei, have participated in this esports from 5th to 10th December.

The Ghouls have sent a representative team to compete in the Arena of Valor (AOV), one of the two games featured in the mobile game category and the other one is MLBB.

“We have a plan to expand the team to challenge in other popular games. Now we have teams MLBB, AOV and Dota 2. We’re also looking for talented players to join our PUBG (a mobile shooting game) team,” says Waiyan.

The Ghouls have huge support from lots of netizens especially younger people and they even met with fans in Yangon a few days after they came back from Malaysia. They shared their experience at the championship and tips and tricks with the eager fans.

Waiyan offers a health advice for aspiring gamers: “Having enough sleep is important because it is the best way to take care of your eyes and it also helps you concentrate. During the pre-competition period, we had to train as long as eight hours a day. So, you need some shut-eye.”

As a closing remark, I ask his point of view on the local gaming industry. He pauses for a moment and replies: “I think most parents nowadays are not too strict with their children’s pastime. So, they have more freedom than we did. And today, some local enterprises have supported professional gamers. As the prizes increase and it’s growing, more people will find it easier to make a living.”

Waiyan is a student from Yangon Technological University and he is now preparing to go back to his study. Furthermore, Waiyan and the Ghouls are looking forward to get excited in second MLBB World Championship in Jakarta, Indonesia, next year.