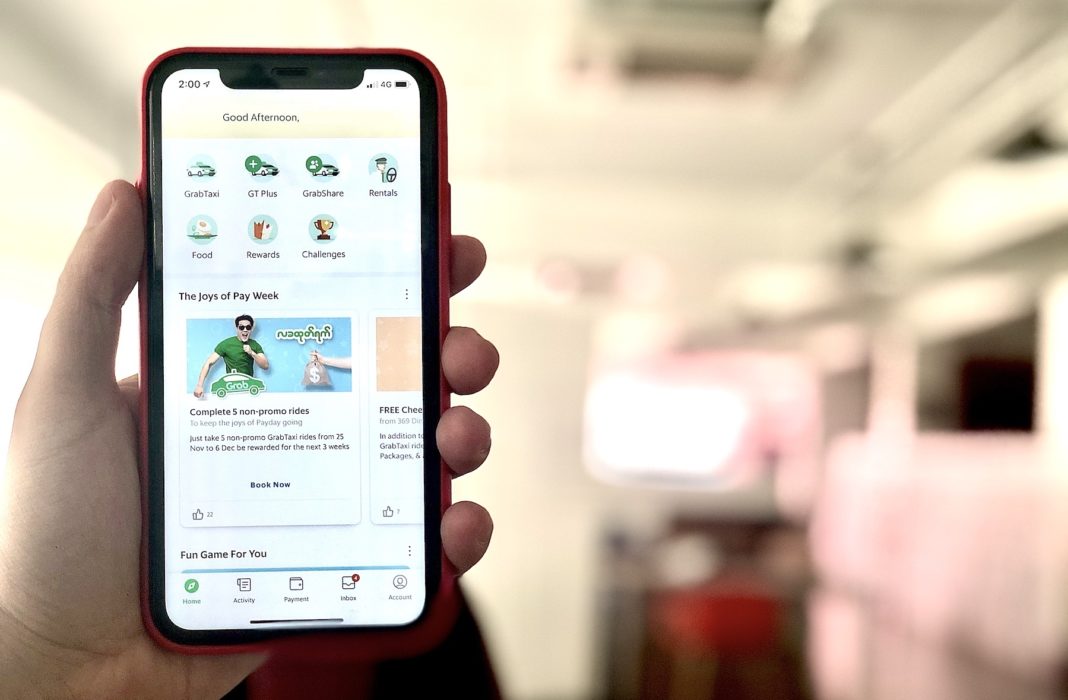 Grab Myanmar has launched its food delivery service for the first time.

Available now in Yangon, some Platinum users have a chance to try the beta version of this feature on Grab through their regular home screen.

During this beta version, only a few restaurants in Yangon area joined the initiation. They are Lotteria, Gong Cha Myanmar, KOI Thè, Mr. Wok, Crystal Jade and Ô’Thentic Brasserie.

The delivery will be available as early as 8am till as late as 8pm for the last order.

So I have decided to test this delivery and to see how it actually works (could be better than any other service in Myanmar) as my stomach is asking me for some sweet after lunch.

Once you open the app, you will see the Food icon on the top menu.

Then it will take you to your location for the delivery address as below. Then you can choose your restaurant or cafe to process the order.

I chose the Ovaltine Macchiato (Ks 3,800) form KOI Thè. And here’s my favourite part. During the beta, Grab will give you unlimited Promo code (GRABFOOD) for FREE Delivery. So here’s my e-receive.

Next, it will find the driver to process your order which only takes a few minutes for mine. Then it showed the driver details and your order status as shown below. Once your order is placed, you will receive the notifications via Grab app which reports you every step. And of course, you can track your order from the map once it’s on the way.

Apparently I placed my order on 12:26pm and it came to me on 1:14pm. So it took more than 30 minutes as they shown. But this is not the driver’s fault either since Yangon traffic cannot be trusted all the time. However, he did apologise for being late and I said “That’s fine”.

And here’s my drink, and it’s still as cold as it just came out from the restaurant counter.

Overall, I like how they operate. There’re many other delivery services in Yangon like Yangon Door2door, Food2u, foodpanda and more. I’d consider this as the fastest one for now since the others take at least an hour to arrive your destination. But like I said, with Yangon traffic, it’s not really an option if you want to order food online. I think its Popular Cuisines feature will be useful in the future if more restaurants join the app.

Don’t forget to rate your driver. And you can write your report from either app or website.

“This beta version is set to be launched tomorrow, 26th November 2019 and it will be released officially on January 2020,” said Grab Myanmar.

This article is independent and I don’t have any sponsorship with Grab. More updates will be added later.