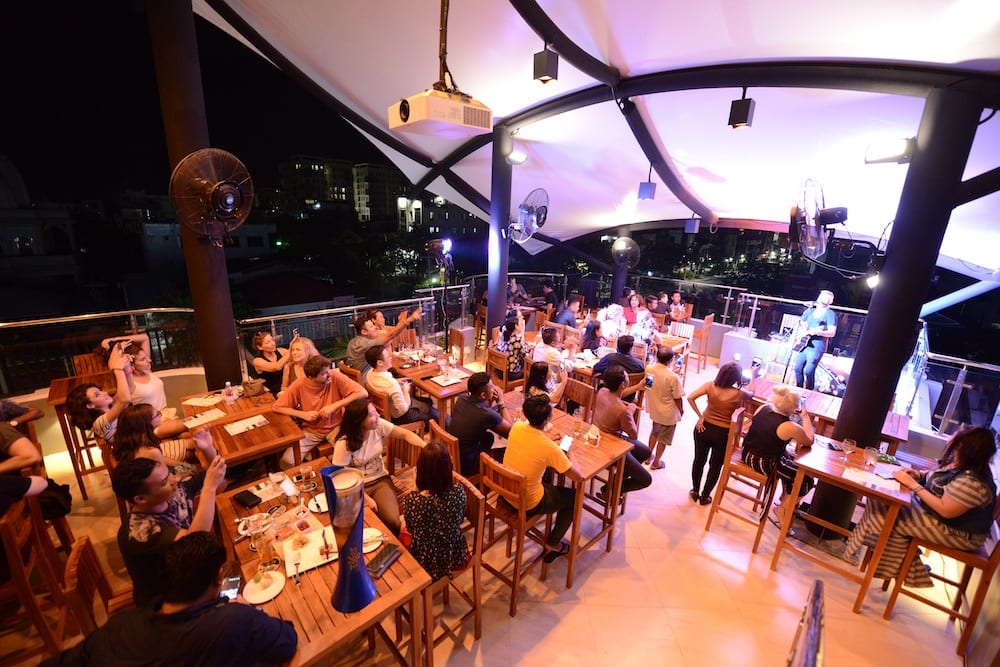 Fish and chips. Peanut butter and jelly. Wine and cheese. Some combinations were just meant to be: individual ingredients that are solid on their own but are so much better when combined.

An Irish Bar and Mandalay? Not a match made in heaven, you may think. But Ned Kelly Irish Pub proves this combination works. And that it works remarkably well!

‘Nearly every country in the world has an Irish pub. Myanmar was one of the few exceptions,’ explains owner Tony Rae. ‘We decided to change that, and Mandalay was the perfect place to do so.’

He’s right- the concept of an Irish pub fits perfectly with the Mandalay drinking scene.  On any given night in the city, beer stations are filled with friends sharing good food, good conversation and cold beers in a casual setting. And this is what an Irish pub is all about:  food, drinks, sports and banter with friends.

With this in mind, and a small leap of faith, Ned Kelly Irish Pub was born. The first of its kind in Myanmar, Ned Kelly was launched in September 2018 on a centrally-located rooftop with great views over the city skyline. The service is friendly and professional- smiling servers, skilled barmen and a kitchen team who knows how to cook up consistently good chow launches Ned Kelly’s above the city’s other rooftop bars.

This is no accident. Rae wanted to ensure the Ned Kelly experience lived up to the name. He recruited Leif Pagani as General Manager, an expat who was most recently running a posh hotel in southern Thailand, and chef U Thet Oo Lwin who returned to Myanmar after more than a decade cooking at high-profile international restaurants. Several other local managers have 5* hospitality experience and this combined experience strikes a brilliant balance of comfort and quality.

Since opening, Ned Kelly has become a gathering spot for locals, expats and travelers, many of whom stay in the hotel of the same name. The bar’s massive screen makes it ‘the’ place to catch live sporting events, with lethwei, football and rugby proving to be the biggest draw. The team have also brought in musicians from Myanmar, Thailand and further afield for live shows on the weekends. More events are in the works for the coming months, including live-stream showings of Game of Thrones Season 8.

But regardless of the setting, service and special events, no Irish pub would be complete without a decent selection of food and drink. On this point, Ned Kelly once again delivers. It is the only bar in Mandalay with Guinness on the menu. There are spirits a ‘plenty with creative cocktails holding their ground alongside generous pours of classic favorites.

And although there is a very western feel to Ned Kelly’s dining options, the food menu gives a gracious nod to its local surroundings. Small tapas-style dishes are available individually or as part of a sharing platter, similar to the ‘family style’ barbeque snacks that are common at beer stations. The extensive menu also boasts a mix of Asian and international favorites. Whether you fancy mohinga or eggs benedict, fried rice or imported beef steak, Ned Kelly has you covered from morning till night.

With no one from the Emerald Isle on staff, the success of Ned Kelly is not simply a case of ‘luck of the Irish’. In a city dominated by beer stations, Ned Kelly has made its mark on Mandalay’s drinking scene thanks to its convivial atmosphere, comfort food and great drinks. And that’s a combination worth raising a pint to!