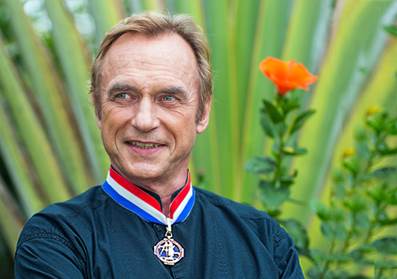 Last night MYANMORE was granted a sneak peek of something rather special at The Strand Restaurant; a 6-course dinner prepared by Michelin starred Guest Chef Roland Durand, in collaboration with resident Executive Chef Patrick Périé.

For three nights only, from the 6th until the 8th December, Chef Durand will be celebrating an autumnal theme, using his world-renowned experiences to take you on a culinary adventure in one of the most iconic hotels in the country.

Starting the “Essence of Autumn through Colours and Flavours” evening was a chilled beetroot soup, spiked with fresh oysters and mushrooms. As well as a surprising addition, their presence added a new texture and their umami flavour balanced the earthiness of the beetroot nicely. The dish was paired with a glass of Alain Bailly Brut Tradition champagne, celebrating the start of a delightful evening.

For the next course, we were served Fois Gras ravioli, with truffle foam and mushrooms, neatly tying it in with the essence of the previous course. While the opulence of having Fois Gras and truffles within the same dish may seem excessive, their sparsity actually created helped to create a light balance for all the flavours.

What followed was a Hokkaido scallop, lightly seared and served in a smoky potato broth. Paired with Baudouin Millet Chablis Burgundy, the fruitiness of the wine helped to accent the buttery sweetness of the scallop.

Roasted rack of lamb with tamarind and seasonal vegetables came next. The lamb was beautifully cooked, pink and rare, with the beetroot nicely echoing the first course, while the Brussels sprouts and chestnuts added a festive flair. This final savoury course was served with a Domaine Dame Guilherme Cotes du Rhone Plan de Dieu 2015.

To cap off the evening, what followed was not one, but two desserts, both served with a Domaine des Petits Lurays Bonnezeaux dessert wine that had been aged for 16 years, bringing out a sherry-like sweetness. The first dessert was a pistachio-coloured rice pudding with pink praline cream, while the second was a honey-poached pear, sprinkled with spices, and served with a lemongrass and green cardamom ice-cream.

From Fois Gras to scallops, oysters to praline, the evening was a union of flavours from the land, sea and air. Prepared with Michelin-starred experience and delicacy, this fleeting event is not to be missed.

The 6-course dinner is available from 6th until the 8th December and is priced at $150 net per person, including wine pairing. For more information or reservations please email [email protected] or call 01-243377~79