MYANMOREThe Ultimate Guide to What's On
More
Home Articles Cinema: Movies now showing in Yangon from 4th to 10th May 2018 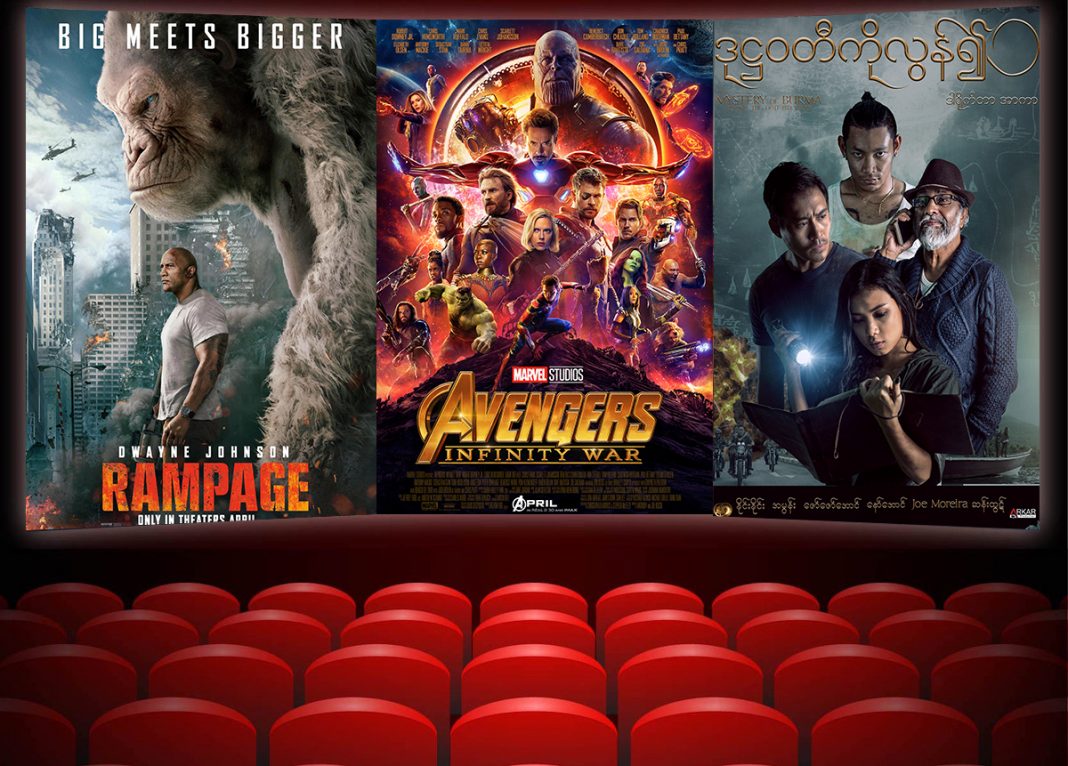 MYSTERY OF BURMA
Mystery of Burma is Burmese Action Movie directed by Arkar with Stars : Nine Nine, Joe Moreira, Ah Moon and Naw Aung. The plot follows a strong-will man with enthusiasm discovered his parents were murdered, and all of the treasures they belonged went missing. He returned long way from Europe to Myanmar to find out who’s behind this tragedy with a help of one police officer in Myanmar and went deep into it accidentally. Then he followed the trails to the lost temple only where he could knew what he has been looking for and met the gangs that have been following his path. When they all try to cross the line, what could happen next? Are they the same gang who murdered his parents and same reason? The revolution of Burmese movie foreign language to prove the disdainful film industry in Myanmar.

RAMPAGE
Rampage is a 2018 American science fiction monster film. It follows a primatologist who must team-up with George, an albino gorilla who turns into a raging creature of enormous
size following a rogue experiment, in order to stop an invasion of monsters.