Iris Alonso takes a tour of the Secretariat, an iconic structure set for transformation into a cultural hub. Photos by Myanmore.

At 4.20am on January 4, 1948, a time astrologers judged to be auspicious, the last Governor of British Burma and the first president of the Union of Burma watched as the Union Jack was solemnly lowered down the flagpole, and the first Burmese national flag was raised.

The setting could not have been more fitting: a grand, sprawling Victorian building that served as the British seat of power for a chunk of its 124 years in Burma, then to become the nucleus of the new independent government.

Seventy years on and the names of places have changed but feelings of uncertainty and optimism have returned. The building itself is once again the focus of those feelings, a derelict relic set for transformation into a cultural and commercial hub.

Singapore based sustainable design firm Pomeroy Studio has been appointed to restore the 16 acres of former government offices and gardens into a complex containing museums, galleries, lounges, offices and restaurants.

Until its anticipated completion in 2019, the Secretariat is open to the public through one-hour tours by Asia Tours Myanmar. The tour includes the Parliament House and Southern, Western, and Northern wings, and the guide who escorted this writer had basic
English.

The first stop was Parliament House, where the power was officially transferred in 1948. It included a 10-minute sit-down to watch grainy Pathé videos showing the flag ceremony and independence hero General Aung San in London. Two more videos, narrated in Myanmar language, showed the funeral of leaders of the pre-independence interim government who were gunned down in the complex in 1947, and President U Nu grappling with the country’s fated democracy.

Parliament House will become a museum, according to the guide, keeping the same decades-old furnishings. Outside is the ‘Martyrs’ Monument’—a seven-stone tablet monument erected just after the 1947 assassinations. It stands amid the vast greenery as a prominent fixture in what will become a public park.

Across Parliament House is the Southern Wing—like much of the building, a red-and- yellow-bricked sun-beaten façade of colonnades fronted by traveler’s palms. The tour really became worth its US$6 inside here when we climbed the three-storey, double-helix cast iron staircase, called the Bandula stairs.

Its green worn-down balustrades spiral up the rows of carved arches, sun-lit by the glass pyramid above. This will be repainted, retiled, and carpeted later on, for its first regular use since the government left for Naypyitaw in 2005. This is the last chance to
see it in its current faded glory.

The ground slopes in a room off the stairs, a reminder of the 1930 earthquake that destroyed some of the Secretariat’s turrets and central dome. The wooden beams have been pecked and perched on by pigeons, the floor tiles are cracked and a wooden staircase is deteriorating (hard hats were provided on the tour).

We followed the assassins’ path, from where they entered through the Bo Aung Kyaw Gate, to the dark narrow fire escape on the southwest corner, and finally the room where Aung San and his cabinet were killed. The guide revealed plans to turn the room into
a diorama of the assassination.

Many rooms in the Southern and Eastern wings will become offices, while the Western Wing will house an exhibition gallery and museum in high-ceiling rooms bathed in natural light. The Northern Wing, formerly stables, will become a row of food stalls
and tea houses.

The North Wing, formerly a stable for the town horses, will become a row of food stalls and traditional tea houses. Overall, the building is stable enough for a tour, so much so that some have even inhabited it.

One room on the northwest corner has become a temporary police station and living quarters, filled with a web of washing lines, under which men were chatting and strumming guitars. Outside was a woman carrying century-old roof tiles on her head, to be
replaced atop Parliament House.

Word of restoration began in 2013, with many players coming and going, but little was finalized or publicized until now. As part of the restoration announcement, heritage and conservation experts from Studio Architetti Croce will help Pomeroy Studio complete the
sensitive project.

Once a prosaic yet grand expression of Yangon’s past, the 19th century structure will soon become a projection of the city’s future, where colonial structures are seen as assets to be utilized as houses for Myanmar’s culture, heritage, arts and business.

History of The Secretariat 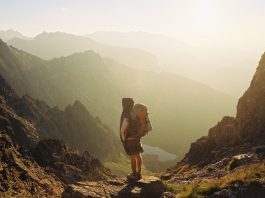 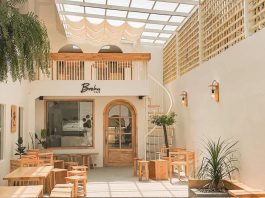