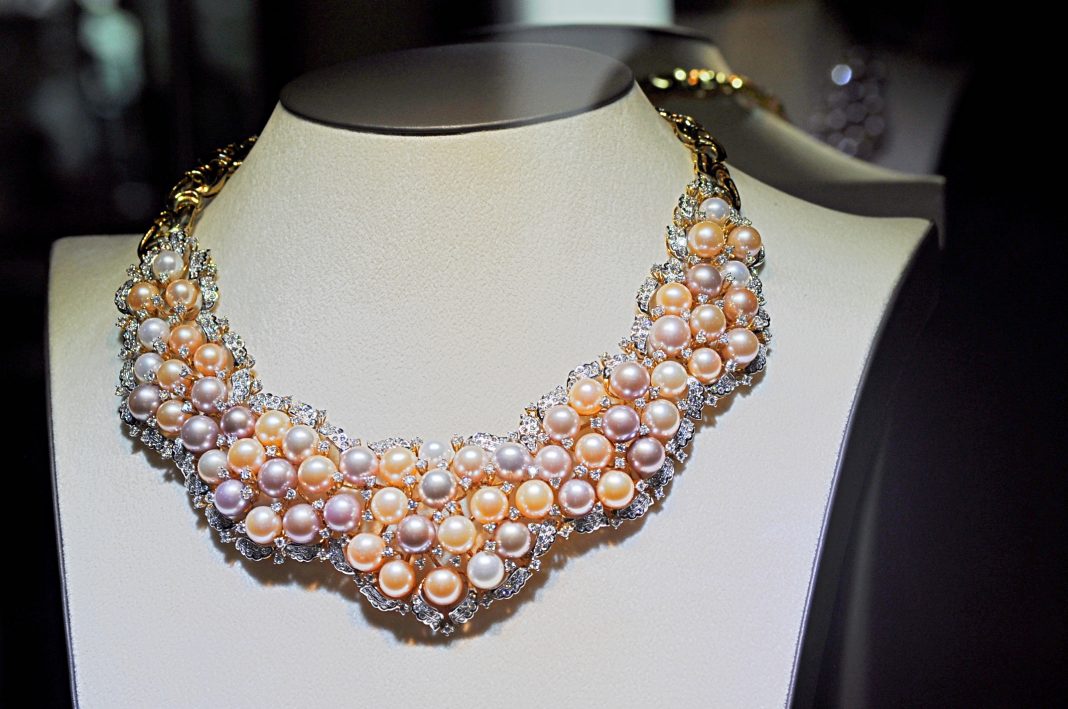 Myanmar is renowned for having the world’s finest precious stones, including rubies, sapphire and jade. These natural resources have placed the gems and jewelry industry at the core of the country’s revenue for decades.

Almost 90 percent of the world’s rubies come from Myanmar. One place in particular plays a vital role in this overwhelming supply: Mogok, a valley nestled into the hills of Pyin Oo Lwin district in Mandalay Region.

The city is famous for its gemstones, earning it the enticing nicknames “Ruby Land” or the “Valley of the Rubies” because of the purities and hues of the rubies found there. Jewelry and gems have been entwined in Myanmar culture for centuries, with ruby and sapphire the top two favorites, according to Michelle Lau Lau, marketing director of The Rich Gems, one of Yangon’s leading jewelry shops. Jade, surprisingly, comes in third place, she said.

“The best ruby and sapphire has to come from Myanmar. These two are Myanmar’s favorites. Jade is also from Myanmar, but popularity wise, it’s not as big as the previous two,” she said.

The older generation tends to wear heavy jewelry; for instance, a necklace, bangle, and large earrings all at once, a spread of decoration that implies wealth and success. Gold is a preference of the middle and lower-middle classes, explained Lau Lau.

Many of the public see a big necklace as a hallmark of tasteful attire. The perfect example was when Daw Aung San Suu Kyi wore a grand set of jade stones around her neck at a peace conference dinner in May, catching the attention of not only local but also international media.

“If women wear necklaces, they will choose a V-shape, a full one necklace, especially for the bride when she is getting married. That’s how they want to

show off. They like to make it full on the chest,” said Lau Lau.

Since Myanmar began opening its doors and boosting its Internet access in 2011, there has been a shift in people’s style in the media, fashion and jewelry industries. Influenced by the glamor of Hollywood stars, the younger generation has embraced trendy and sophisticated jewelry – but only wearing one piece at a time.

Although styles are changing among the young, the blend of superstition and precious stones holds firm, said Lau Lau.

“Even the young generation believes in fortunetellers. Some days, I will have a client asking, ‘I want a sapphire ring because my fortuneteller says that I have to wear one for luck,” said Lau Lau, adding that some of her clients also wear gemstones to bring money.

Lau Lau, who has a degree from the Gemological Institute of America, surmised that people who have had international exposure would reject bigger designs. The trend will gear toward the European way – wearing a single stone in a band on halo diamond ring in a simple, classical style that can be worn everyday and everywhere.

But she said the middle and lower middle classes who have the spending power will continue to follow the traditional, gold “Shwe Lat Sut” design.

The jeweler advised those visiting Myanmar who would like to buy precious stones to look for color, cutting and light.