The first time I went to Bagan, I begged my husband to drop me off among the ruins and pick me up a month later. He laughed at my whim and I pouted like a baby on the flight back to Chicago. The experience fortified my decision to make Myanmar my home and, a short time later, I was leaving Chicago for good.

The only thing that could have heightened that first experience would have been knowing more about what I was looking at. There is a saying in Myanmar that one cannot point his finger in any direction without pointing to a pagoda. More than 2,000 temples endured an onslaught of earthquakes and the invasion of Kublai Khan’s Mongol army, and still a handful of sites have continued to garner praise through the ages.

Four relic pagodas commissioned by King Anawrahta, founder of the Pagan Empire, are linked to the supernatural. It is said that if one prays for a single wish in each by noon, that wish will be granted. The pilgrimage to the “Wishing Pagodas” should begin in the wee hours of the morning, as the temples are spread out over neighboring villages, across the Ayeyarwady, and up mountains. The Shwe Zigon Pagoda sits in neighboring Nyaung-U, Lawkananda Pagoda rests near the bank of the Ayeyarwady River, Tuyin Taung lies near the highway between Kyaukpadaung and Nyaung-U, and Tant Kyi Taung Temple is perched across the river atop a mountain in Pakokku Township.

Late last year, I was asked by an old friend to look after a well-travelled colleague who was making a pitstop in Myanmar while on business.  Though decidedly nonreligious, he was at a crisis point in his life.

A loved one, who’d been battling with severe drug addiction and mental illness for years, had gone AWOL from his military post and homelessly wandered thousands of miles from home. My husband mentioned the Wishing Pagodas, where the gentleman went with an open mind. Two weeks later, that loved one appeared after more than a year on the run and has been clean since.

Not all pagodas in Bagan give off feel-good vibes. Several temples have a rather grim air about them. Consider the Ananda Temple: to uphold the uniqueness of its design, King Kyansittha executed the eight monks who had conjured up its plan during a meditative state.

When you slide your hand across the Dhammayangyi Temple walls, take a moment to appreciate the fine seams between the mortar-less brickwork of Bagan’s largest pagoda. King Narathu, a particularly bloodthirsty fellow, mandated that it fit together so tightly that even a pin couldn’t pass between the bricks. The punishment for laying an offending piece was death.

Manuha Temple, built by its namesake, the captive king from Thaton, expresses the suffocated feelings of the defeated royal while he was obliged to live out his life under King Anawrahta’s watchful eye.  A massive Buddha awkwardly looms over the main hall, a vision so telling that pilgrims from Thaton still weep for their last monarch while visiting.

A photo album of Bagan is not complete without a snapshot of the sunset over the Myinkaba plain from atop Shwesandaw Pagoda. If rubbing shoulders with other sweaty tourists and evading hawkers isn’t what you fancy, you could also view an equally scenic sunrise and sunset at the lesser-known Lawkaoushaung Temple that sits to the west.

Touted as the oldest site in Bagan, Bupaya Pagoda, with its breathtaking view of the swollen Ayeyarwady and muted mountains beyond, is a charming pagoda so named because of its gourd-like shape.  During the golden hour, you can take dizzying photos of the bulbous pagoda reflecting the sunbeams over the river and boats below.

Another lesser-known temple that I love is on the same road as the Bagan Hotel, south of the statuesque Gawdawpalin Temple, which is, in my opinion, the most conventionally beautiful pagoda in Bagan.  The little pagoda nearby is on the smaller side, but you can climb all the way up in solitude and take effortless photos of the Gawdawpalin towering over canopies of green tamarind.  But, no matter your choice, rest assured that you will not be disappointed. 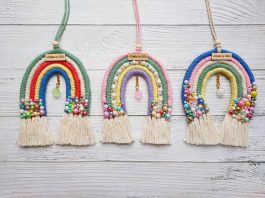 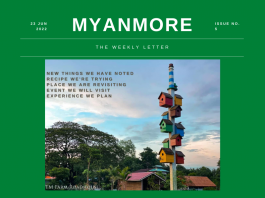