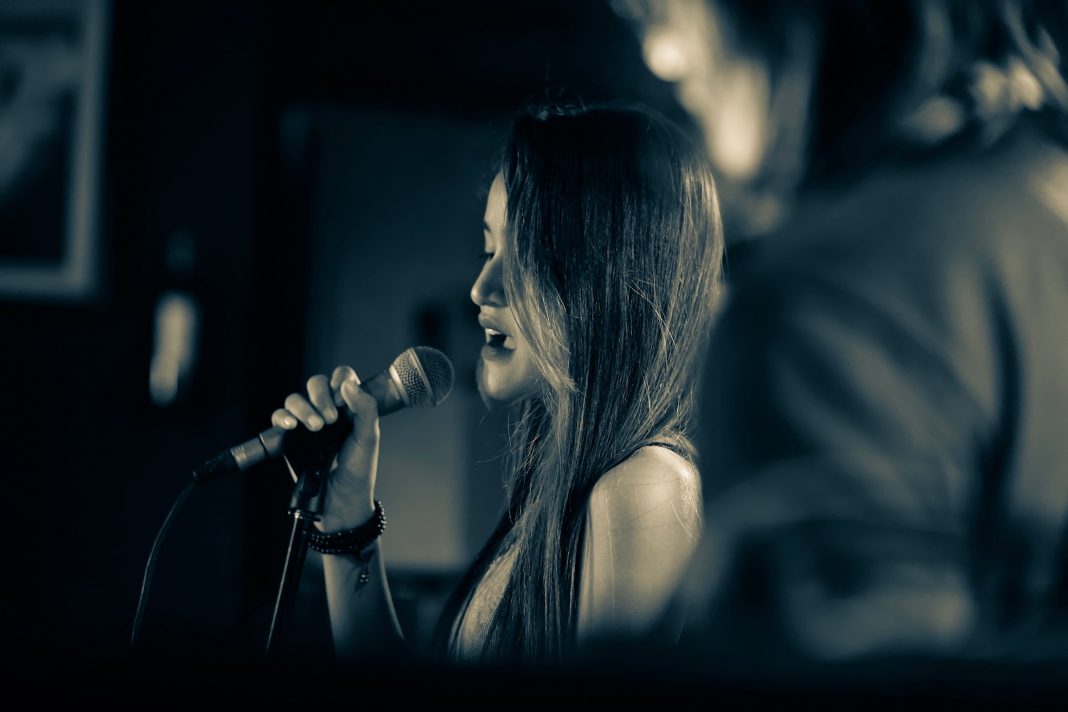 What’s in a name?  Everything, if you ask Heraid Castillo and her business partner, Kelsey Atwood.

Castillo, a well-spoken and sprightly Venezuelan-born American, has been in Myanmar for less than a year, but she’s already making waves with her roles at Impact Hub Yangon and Myanmar International Radio.   Kelsey, who’s been in Myanmar for three years, is an Ecuadorian-American who grew up in India and Bangkok and is now Deputy Director of Equality Myanmar.

Their start-up initiative, BOSSYxx, has a name that evokes ferocity and a call to action.  “From a marketing standpoint,” Heraid says, “‘Boss’ is a well-known word, even to non-native speakers (especially in Myanmar), and it has hip hop connotations.”   Indeed, Castillo and Atwood love BOSSYxx as much as Myanmar loves hip hop, but the meaning goes even deeper.

“One time, Beyoncé started a campaign to ban the word ‘bossy’- for legitimate reasons. The word is used only when referring to women and young girls in the playground to silence them, and it teaches them not to be assertive,” Heraid said. “Some thought as we do, that instead of banning the word, women should own it.”

XX doesn’t just stand for kisses, either.  “XX is for the female chromosome and to expose everyone’s acceptance of certain gender stereotypes,” Castillo asserts.  Inclusiveness is tantamount to the BOSSYxx mission:  to organize “world class concerts with the most exciting female, female-identifying, and other gender stereotype-defying artists in South East Asia.”

The idea occurred to Castillo when she began spending time with the organizers of Youk$hi and attending their events. Heraid detected a huge imbalance of representation on stage. “I noticed that’s a thing in the west, too. Coachella had 15% female acts in 2015. I thought an easy fix was just to flip the male to female act ratio.” So, she vowed to plan live events featuring at least 70% female representation.

Joined in May by Kelsey Atwood, the women have faced some opposition in their mission. “Sometimes,” Heraid said, “men don’t get it. They ask, ‘Why are you promoting only girls?’ They don’t see the nuance in the issue. The fact that many women sing pop tunes is not the same as a woman who owns a record label (the percentage of that is super low); it’s not the same as a woman that produces those tunes, as a woman working as a sound engineer. It’s not the same because the singer has less of a say in the process of music-making compared to the latter examples. All those jobs are usually done by men.”

She has her own explanation for that.  “For a long time,” she noted,“women were confined to the domestic sphere, which led to them pursuing arts less than men did.” This, she attests, created the imbalance we see now. “Young men had so many role models in the music industry, so more boys grew up to be musicians. We have to break that cycle,” she urged.

Another complication, she reveals, is securing solid sponsorship. “It’s not a proven model… we’re trying new things. We’re trying to help develop the music scene, to grow it, and [some people] don’t want to support it. So, finances have been tough,” she confessed.

BOSSYxx’s maiden show, held at the Sky Bistro in July, was a fundraising success, raising slightly more than $1,200 USD,with proceeds going towards a scholarship for a female student of Gitameit Music Center.  The center, a renowned Yangon-based non-profit music school, provides scholars with their own instrument, as well transportation costs to and from the music center, a food allowance, and pocket money. “A day in the music center consists of a strict schedule of music theory, study, and practice,” Heraid informed.

Encouraged by the success of their opening event,Heraid and Kelsey have another project in the works, scheduled for August 19th. “It’s a hip hop show,” Castillo said.  Artists who want to take part are invited to contact her on the BOSSYxx Facebook page, as did one of the acts from the July show. “We were so excited when they reached out to us and even more excited to hear that they were great!” Heraid said.

The entire line-up of thatshowthrilled her.  Bangkok’s own indie sensation, Jelly Rocket, headlined the event, with performances from local artists such as Inappropriate Thoughts (a musician collective), Platform, Gabriel, Tu, ITÖ, and Vicky and Juzz.

To the women and girls in Myanmar who want to break into the music industry or any male-dominated field, Heraid offers some advice: “Remember [you] have every right to be there as the men have and that the music industry needs [your] voice and perspective.”