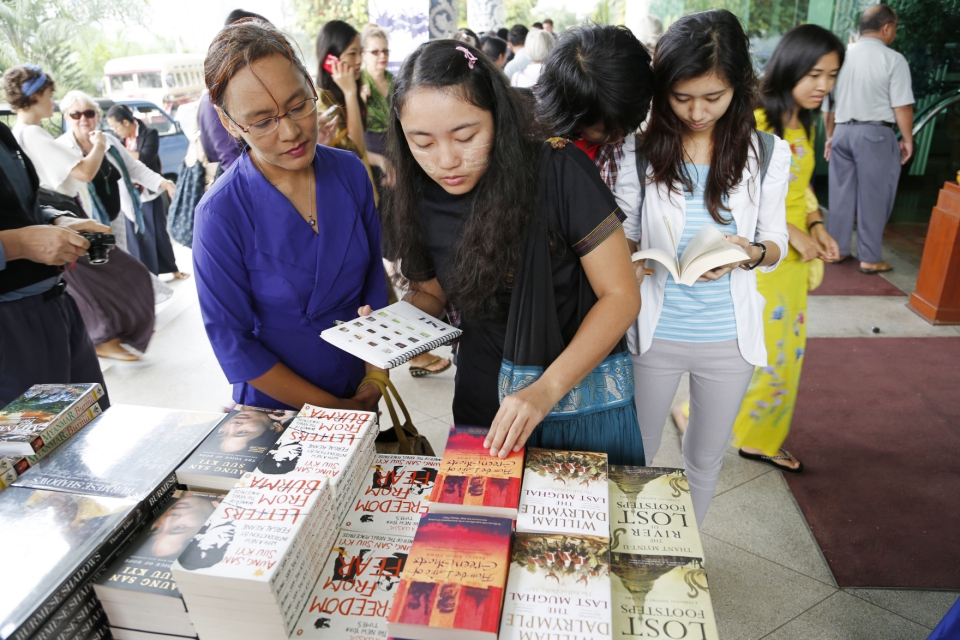 The Irrawaddy Literary Festival 2017 will be held at the Mandalay Hill Resort Hotel in Mandalay from Friday, November 3rd to Sunday, November 5th, 2017.

The Irrawaddy Literary Festival will feature a three-day programme of literary and cultural events, completely free of charge.

The festival has been held every year since 2013 and, each year, welcomes huge local crowds and many international visitors. The event will be a place where writers and readers come to experience its charm and hear ordinary and extraordinary stories unfold. Burmese to English, and English to Burmese interpretation is provided.

This year’s festival will exhibit more than one hundred Myanmar writers from different states and divisions, and a high-profile delegation of international writers, including Britain’s Poet Laureate, Dame Carol Ann Duffy, and Lonely Planet co-founder, Tony Wheeler. Jung Chang will be participating for the third time. Past festivals have been attended by Myanmar writers such as Thant Myint U, Ma Thida and Pascal Khoo Thwe, as well as international luminaries such as Anne Enright, Louis de Bernières and Vikram Seth.

In addition to the programmed sessions in four different venues, there will be popular informal speaking opportunities at Speakers’ Corner and Poets’ Corner as well as a forum for literary exchange at a traditional Burmese teahouse created in the grounds of the hotel.