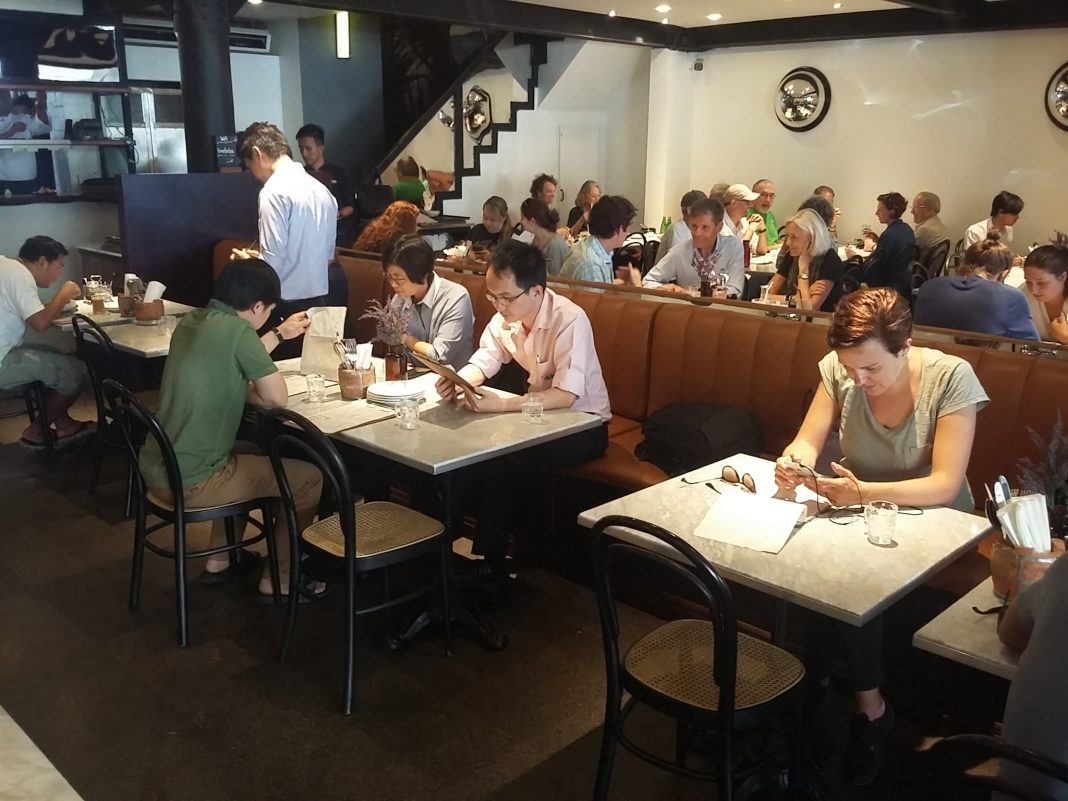 To be listed as one of the world’s best establishments is probably every restaurateur’s dream. For Rangoon Tea House, the accomplishment came within less than three years of its operation. Just last month, CNN named the popular joint downtown as one of 11 Best Tea Houses in the world, describing it as “a stylish hangout for locals and travelers”.

The news came just months following a major partnership with a locally based private equity firm that landed the institution with a new location literally downstairs in the same renovated colonial building on Pansodan Road.

“Rangoon Tea House is only part of our ambition. Our grander ambition is to globalize Burmese food and be sort of a positive light in globalizing Burmese culture as a whole. Right now if you go out of the country, a lot of the news are quite negative. It’s always about politics and the economy. Not so much is written about how beautiful the culture is, how great the food is, so every time you’re in the news positively, you’re sort of rebalancing the scales of how people perceive the country. It’s nice,” he said.

Just a few blocks away, another trendy establishment awaits hungry diners. At UNION Bar and Grill on Strand Road, the menu ranges from burgers to curries. Despite its higher-than-average price range – a plate of Burmese Fish Curry sells at 14,000 Kyats and The Union Burger 16,000 Kyats – the place has managed to attract and maintain a loyal customer base.

Still on Strand Road, marketing executive-turned-restaurateur Uyen Thuc Pham is busy running the third outlet of Saigon Baguettes – which in addition to serving customers also operates as the central kitchen. As a testament to her success, after the Thingyan holidays, Pham is scheduled to open another store, this time within the vicinity of Taw Win Center.

Over at the bustling Yaw Min Gyi area, coffee connoisseur Javier Phua has spent the past three years in search of, and serving, the best cup of coffee there is in Myanmar. As his neighboring cafés open and close within the course of a few months – one year at the most, if they’re lucky – Phua’s Easy Café has done more than surviving. This year he’s opening his third outlet.

What these success stories have in common is that they all began with a simple idea – to offer something the founders themselves wanted.

For Phua, the secret to his success, aside from great coffee, lies in his vision of a neighborhood joint. “We like having people who live in the neighborhood. They’d come in and they know someone else in there, they chat, they hug, they continue their conversation, do their work over here. It’s close-knit and intimate. It’s the third place for people other than home and work, where they feel comfortable. It’s like inviting them to our house.”

As far as Pham can remember, it began with her incessant search of good Vietnamese food in town. Unable to satisfy her craving, the self-taught cook took matters to her own kitchen. Many trials and errors later, she opened a shop on Nawaday* Street, offering healthy takes on the globally renowned Vietnamese sandwich known as banhmi. Little did she know she was on the cusp of cultivating a new food fad.

“In the beginning our clientele was mostly foreigners, but now I’m seeing more local people coming in, wanting to try our food,” she said, crediting it to persistent Facebook campaign and customer loyalty cards.

From vision to execution, it was clear what Nico Elliott wanted to achieve with his establishments – UNION, Gekko, Parami Pizza and Tintin – all grouped under 57 Below.

“With our first restaurant, UNION, I wanted to deliver an international standard restaurant that was infused with local elements – a union of the West and Myanmar. This was the thinking behind the name as well as the menu that includes a number of local dishes. We used only reclaimed teak for the wood in the interiors and sourced as much locally as we could. At the same time I wanted the service, ambiance and quality to be as good as any major city in the world,” said Elliott.

Devising the right strategy came next. Take a look at RTH, which as the name suggests, is all about tea – offering 16 different concoctions made according to scientific portion measurement. Lately though, much attention has been poured onto the food aspect, featuring predominately traditional Burmese dishes. Put together, the experience offered by RTH seems to have worked wonders. Any time of day, the place is always packed.

“There aren’t many places in Yangon where you could have mohinga, khao swe or nan gyi thoke in a place like this and it also tastes great. The ingredients are fresh and you have table service. We’ve also become completely ingredient-oriented in terms of trying to source the best ingredients in the country,” said the British-educated Oo, adding that produce shelf life at RTH is kept short to a maximum of 48 hours.
Meeting the challenges

Much like any other business, the restaurant industry in Yangon relies heavily on the constant challenge to execute consistently and to stay ahead of the curve. Given the pressure on the domestic labor market, restaurant owners are finding it hard to find the ideal staff to run their kitchens smoothly.

“We have had more of a problem holding onto staff with new businesses coming in able to pay much higher salaries. So far we have succeeded in hiring some very talented people,” said Elliott.

At Saigon Baguettes, Pham too has had to deal with a high turnover rate, until recently when she started recruiting directly, bypassing middlemen.

“Seventy percent of my staff now are new and young. They’ve been with me for almost one year now and have gone through extensive training in skills and English language. They don’t necessarily have high education, but I find them to be hardworking and willing to learn. I think that’s very important,” said Pham.

As Yangon’s burgeoning restaurant industry tackles the challenging combination of fierce competition and limited pool of available talents, owners are realizing more than ever that workforce is an essential component, if not the future determinant, of the game.

“I think any business starts with a very stable team. There’s no one person that can do every single work,” said Javier Phua. “Take care of your staff, because they take care of your customers. We provide housing for many of them and also obviously the food. Then we want to move them onto having a future, a vision, something exciting to grow into. That’s where we had to start the mentoring process, teach them to think in the perspective of customers and really carve out a career path for them.”