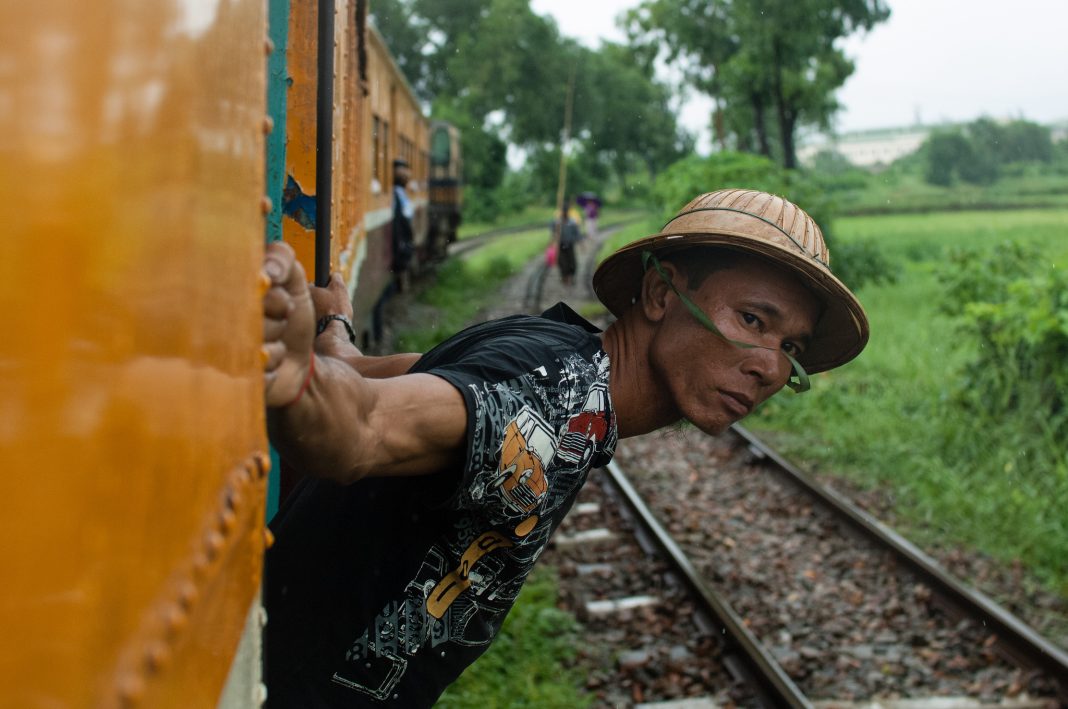 Yangon’s famous circle line is set for a “rising ridership”, with an investment worth billions from Japan to upgrade the 29-mile track set to be undertaken in the 2017-18 financial year.

An estimated 100,000 daily commuters are already said to travel on the line, which has 38 stops and takes about three hours to complete.

The Japanese International Cooperation Agency (JICA) has signed agreements with Myanmar for loans worth up to 99.85 billion yen for three projects.

This includes improving the circle line to “support the traffic volume in Yangon”.

The project will “provide replacements and repairs to the deteriorating rolling stock and railway signal system to improve services on the Yangon Circular Railway Line and to anticipate a rising ridership,” JICA said in a statement.

Stations will also be refurbished.

A ride on the line is one of Trip Advisor’s top ten things to do in Yangon.

Trains depart Yangon Railway station about every 45 to 60 minutes, with the first train leaving at 6.10am and the last one at 5.10pm.

Tickets can be purchased from ticket offices on platform six and seven, through booths at most stations, or through a travel agent, and allows passengers to hop on and off the train. Passengers are advised to board at the station on Pansodan and Bogyoke Aung San Roads.

Japan hopes to “contribute widely in Myanmar’s railway sector including in the areas of facilities modernization, standards and safety improvement, capacity development in operation and maintenance, and passenger service improvements”, JICA said.

“JICA aims to provide comprehensive cooperation that has an impact and contributes to socioeconomic development in Myanmar,” they said.

Japan are also contributing to an upgrade of the Yangon-Mandalay Railway.