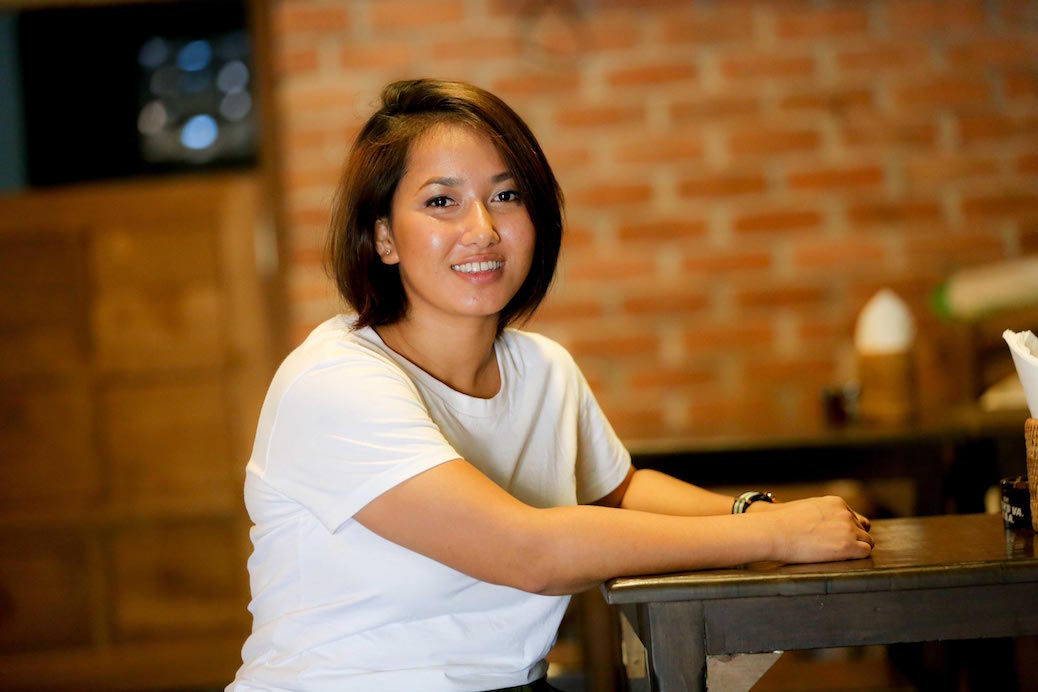 Hnin Yee Htun opened up Father’s Office bar in downtown Yangon a little over six months ago and has already had her fair share of ups and downs in starting a new business. However, the 27-year-old is no stranger to drama. Jessica Mudditt meets one of Yangon’s youngest female proprietors to hear about a life less ordinary.

Hnin was born in Mawlamyine, Mon State, two days before the 1988 Uprising, the series of nationwide demonstrations and civil unrest against Myanmar’s military dictatorship. When she was 48 days old, her father fled the country to escape imprisonment; he was a prominent member of the opposition group the All Burma Students’ Democratic Front ABSDF. Her mother left Myanmar a year later in search of her husband, leaving Hnin in the care of her maternal grandmother. She wouldn’t see her parents again until she was a teenager.

“It didn’t occur to me that I was in a strange situation. My grandma took care of me as if she were my mother and father. I had a great time as a kid but obviously now when I look back I think, ‘My god.’”

Her parents lived in Thailand, both in Bangkok and a refugee camp, where Hnin’s younger sister was born. Extremely protective of her granddaughter, Hnin’s grandmother refused permission for her to be reunited with her parents; they were engaged in the dangerous pursuit of achieving democracy in Myanmar from the other side of the border. She was 12 when her grandmother died and only then could arrangements begin for Hnin’s journey overland to Thailand.

Hnin travelled with her uncle, who knew part of the route and had local contacts to help them stay safe along the way. “I had to cut my hair short and dress like a boy because there was a chance that I could have been raped. It was scary.” They spent one night sleeping at a stranger’s house, and another two nights on a floating bamboo raft. She was then transferred into the custody of a detective who had been paid to assist in the final part of the journey. Excited about being reunited with her family, but also apprehensive as they were virtual strangers, Hnin explains “I’d only spoken to my mother about three times on the phone. I saw my parents’ wedding photo. That was it.”

Arriving at the refugee camp and hearing her father’s name being called, Hnin remembers “My father had long hair but I recognised him from the wedding photos. Mum rushed towards me and a little girl came along with them – that was my sister. There was a spiky security fence between us. My dad simply lent over and picked me up and put me on their side. Mum told me not to feel weird, that we’re family, and she started crying.”

The next six months were spent in a relatively comfortable refugee camp, until it was shut down by the government of Thailand because there were too few people. The family were relocated to a refugee camp closer to the Myanmar border, “The conditions there were really bad. At least in the first camp we had electricity, our own family room and concrete walls. The shelter in the second camp was made of bamboo and palm leaves. We got a certain amount of rice, oil and salt and that was it,” Hnin recalls.

They were able to buy clean water and food with money sent from Hnin’s aunt, who was living in the United States. Hnin and her sister did not go to school and she couldn’t speak Thai. “At the time I was just focused on what I would eat for breakfast, lunch and dinner,” she said.

In 2001 government officials informed Hnin’s father that he had to leave Thailand. The family elected to go to the United States as refugees, but their plans were scuppered by the 9/11 terrorist attack and the US temporarily stopped accepting refugees. Australia would be their alternative destination.

By the time Hnin’s family arrived in Melbourne in 2002, she had missed two years of schooling and didn’t speak a word of English. Grateful for the fully furnished house provided by the Australian government, the ever-adaptable Hnin said she didn’t experience culture shock. “I just remember that it was cold and that my mum made Burmese curry with kangaroo meat!”

The area had a large Burmese community and they began attending six months of English language classes. “I listened to a lot of music and watched the news and movies to help me learn as well. When I started going to school I was the only Burmese student there, so I had to just suck it up.” Hnin’s new school was multicultural: “Half of my girlfriends were Asian. I couldn’t speak English properly but I’d just sit with a group of girls at lunchtime and listen to them talking. I think I shut my Burmese side down during that time so that I could absorb everything.”

Fast-forward to 2011, Hnin’s first visit back to her homeland saw a return to the home in Mawlamyine, where she grew up, but found herself too overwhelmed with emotion to even go up the stairs. It took two more trips back to Myanmar before deciding to return permanently.

“My aunt and uncle had just come back from a holiday in Europe and had fallen in love with the small cafes in laneways in Paris. They said they wanted to invest in a bar – there weren’t many in Yangon back then. I saw it as an opportunity for me to run my own business but said I’d go home and think about it.”

Hnin was nervous about telling her parents that she wanted to move back to Myanmar. “I thought they wouldn’t support me but it turned out to be the opposite. They told me to go for it.” Leaving her job as a retail store manager in Melbourne, Hnin returned to Yangon in August 2015 and spent the next two months converting a former mobile phone store on Bo Aung Kyaw Street into her bar, ‘Father’s Office’.

“The father of the nation Bogyoke Aung San used to work in the secretariat opposite – that’s how I came up with the name,” Hnin explains. Her vision is to create a neighbourhood pub with a community vibe – the bar hosts bimonthly trivia nights and the monthly Myanmar Foreign Correspondents’ Club drinks. She prides herself on knowing the preferred drinks of her regular customers. “We don’t have a lot on the menu – it’s just one A4 page. It’s about quality not quantity.”

Her experiences and background in customer service from Australia shine through in her friendly approach to both patrons and staff, although in the case of the latter, this can be somewhat problematic. “Burmese people work as either the employee or employer – that’s the only relationship they’re accustomed to. But here we are all equal. That I also clean the toilets is quite shocking to my staff. They can’t accept that everyone is working towards the same goal. Some of my staff quit because they couldn’t accept that system of working – they wanted the hierarchy. In Australia, people work side by side. It’s a good system and I don’t see why it can’t work here. But what you typically see at tea shops is one guy sitting in a chair giving orders.”

Observing how Yangon’s nightlife scene has evolved, Hnin comments, “When I first came back in 2011 there was only 50th Street Bar, but when I came back in 2015 I could see things were starting to build up. I can’t believe how many bars and restaurants have popped up,” she said. When Father’s Office first opened, 90% of its clientele were expats. The ratio is now 70/30 and Hnin hopes that it will eventually be a 50:50 split. She’s also noticed that young women are frequenting bars, but that a certain reservation still exists among local patrons.

Looking to the Future

“The culture of not going out at night if you’re a woman is changing, and I like that. But meeting new people is a different story – people are still too shy. It’s not like in Melbourne where you just start talking to people you haven’t met before.”

Regardless of the hurdles and hazards she’s faced in opening a new bar, including complex drinking laws and coming very close to being electrocuted when Father’s Office flooded on the first day of the monsoon season, Hnin wouldn’t change a thing. “It’s like solving a maths puzzle every day. It’s rewarding because I learn a lot by having to deal with so many different situations.”

As well as continuing to grow her business, Hnin’s dream is to eventually bring her mother back to Myanmar and for them to open a restaurant together. For a family torn apart by the events of 1988, there could surely be no happier ending.