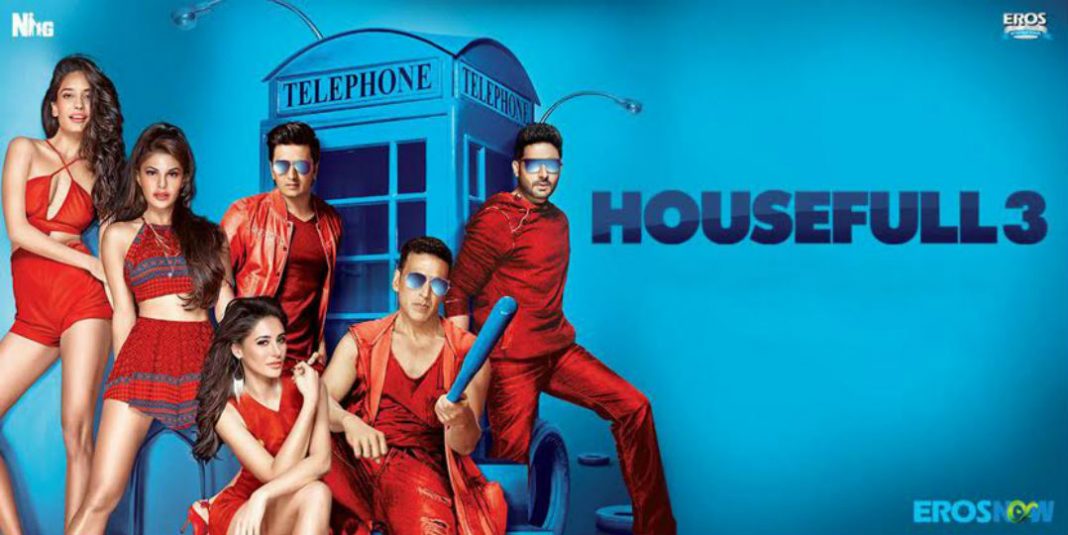 Housefull 3 is a 2016 Indian comedy film co-written and directed by Sajid-Farhad. It is the third installment in the Housefull film series. Produced by Sajid Nadiadwala under his banner Nadiadwala Grandson Entertainment, it is distributed by Eros International. Housefull 3 features Akshay Kumar, Abhishek Bachchan, Riteish Deshmukh, Jacqueline Fernandez, Nargis Fakhri, and Lisa Haydon in the lead roles.

Principle photography began in October 2015 with filming locations including London and Delhi. The film released on 3 June 2016.