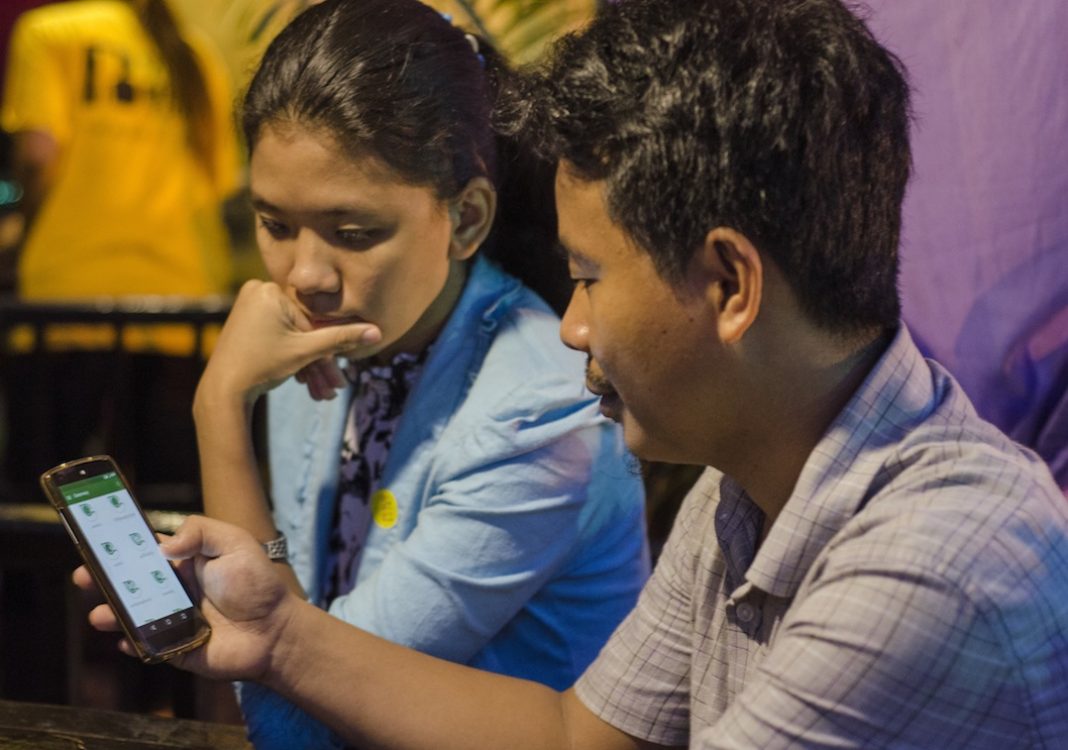 The development of Greenovator as an online app has the potential to inform, guide and advise Myanmar’s agriculture workforce, who comprise over 60% of the country’s workforce. Charlie Michio Turner looks at Greenovator’s potential and talks to its founders, Thein Soe Min and Yin Yin Phyu.

Internet connectivity has swept Myanmar at an impressive speed, but incidents of abuse on social media are a reminder that being connected to others is not the same thing as being supported by them. A farmer armed with a SIM card has access to unlimited information to help their livelihoods, Greenovator is the new online platform that sorts through the infinite to offer the accurate.

The mobile phone application, entirely in the Burmese language, connects small farmers with experts in agriculture through a moderated message board. Farmers in-need can crowdsource their questions to a network of professionals which include agronomists economists and government bureaucrats- a broad coalition of volunteers which Greenovator simply refers to as ‘technicians’.

With over 60% of the national workforce in the agriculture sector, and Proximity Designs citing ‘Reliable information’ as a top challenge for Myanmar farmers, this online platform addresses a need, whether the app can be successful is a difficult prediction to make in Myanmar.

Thein Soe Min and Yin Yin Phyu, both graduates of Yezin Agricultural University, founded Greenovator out of their dedication for sustainable farming. Western progressive circles could easily deem their passion as one of ‘food justice’, a social movement which promotes community-based farming and nutrition for underserved areas.

The two former classmates were business partners well before Greenovator, in fact, operating an urban farm in Yankin Township that was similar to an urban farm one may find in Brooklyn. The roughly eight square block plot grew chemical-free vegetables which were sold to high-end hotels and restaurants in Yangon, profits from yields helped finance workshops on organic farming and environmental preservation. Unfortunately, the institution known as ‘Greenway Farm’ abruptly ended once the technically military compound was reclaimed by the government so a housing development could be constructed.

Losing the Yankin farm was a difficult pill to swallow, but the experience provided a glimmer of insight into what it is like to be a small farmer in Myanmar. “It was a big change, but now we know how important it is to have supporters,” says Thein Soe Min, referring to the lack of connections Greenway had before closing. “One day we’ll run a farm again, but now we’re focused on helping other farmers before we start anything again”.

The layout of the site is similar to ‘Yahoo! Answers’, but the answers tend to be more substantial, at least for now. The app currently has roughly two to three posts a day, making moderating content an easy task. Here’s an example of a typical post.

22nd June 2016 – Question: I would like to grow grapes in Myin Chan (Central Dry Zone). How should the soil be prepared? Possible pest and disease infection, care and management of grape?

Answer 1 (Yezin alumni): Which part of Myin Chan? The majority of Myin Chan have salty water. Grapes do not prefer salty water. Therefore, I would like to suggest finding out the availability of fresh water in the area where you aim to plant.

Answer 2 (Yezin Professor): What I know is grapes can grow well at soil pH between 7-7.5 in dry zone. This is for grapes eating, eg. Italy No.3, Bigblack. Grapes prefer sandy soil. If the irrigation water is salty, high pH, grape might not grow well and lead to soil degradation so it is better to test the water first. Relating to diseases, fungus diseases like downy mildew and stem rot, usually happen and special care is needed especially in the rainy season. Copper based fungicide, Bourdaux mixture and lime sulphur are essential for the grape to prevent and cure fungus diseases. Pruning has to be done twice a year and systemic pruning is very important. Thanks.

The above example was lucky to have a thoughtful exchange, yet the fact that it only drew two replies is indicative of a chief issue currently facing Greenovator. Most answers on the app are from the professors, students and alumni of Yezin University, the alumni of the founders. While farmers are happy to receive help from these technicians, it is impossible to have a comprehensive well of information if every source belongs to the same institution.

Thein Soe Min and Yin Yin Phyu recognize the problem, citing diversity as the name of the game. They are focused on recruiting technicians outside of their Yezin contacts, not only other scientists, but also the voices from established farmers who can translate academic responses to layman terms.

The first step to building Greenovator’s network is spreading awareness, (a.k.a promoting the service) the second one is establishing trust. The knock on effect of Facebook dominating the tech landscape of Myanmar is that unreliable information finds its way onto the app.

Greenovator hopes to filter out the unreliable and differentiate itself as a trusted source. The best way to achieve trust is to get a trusted name.

Thein Soe Min grins at the idea of getting celebrity weatherman, Htun Lwin, to come on board but knows that the reliability is his and Yin Yin Phyu’s responsibility, “Htun Lwin would be a great Greenovator technician, but first farmers need to know the real Htun Lwin forecasts, not something from a fake [Facebook] account”.

Greenovator can do little to alleviate the disparity of financial resources between small farms and corporate agriculture, but it may be able to help bridge the knowledge gap.

Yin Yin Phyu sees the fight against plant disease as an area where Greenovator can have the most significant impact on the future of small Myanmar farms. “Farmers will spray more and more pesticides on their crops when they see spots on the leaves, assuming they were caused by insects, when really it was plant disease all along”, says Yin Yin Phyu.

She refers to the most common plant disease simply as ‘blast’, a shortened name for Rice Blast Fungus, a devastating pathogen that has plagued rice farmers in Myanmar and around the world. Overuse of nitrogen fertilizer and low water-levels, which has become more common due to climate change, are common causes for the disease.

If all goes according to plan, a farmer can now upload a photo of the rice plant onto Greenovator and get the opinion of agriculturists who have studied Rice Blast Fungus. Poor quality of rice exports spurred devastating drops in price this past hot season, something that proper seeding and fertilizing practices could have prevented.

FILLING IN FOR THE GOVERNMENT

Greenovator is ultimately filling a role that the Ministry of Agriculture and Irrigation (MOAI) is supposed to do. The protocol for decades has been for farmers to travel to one of the closest MOAI outposts. Unfortunately, the system has always been more theory than reality. The farmers who were desperate enough to make the trek (phone calls are rarely answered and the website horribly outdated) to a MOAI satellite would have trouble finding a qualified official to speak with, often finding no one at all.

“Many farmers travel miles to the nearest Agriculture Department office, only to find it empty. Either it’s closed, or just no one is inside, so they return home. They are too scared to complain and end up never getting the information they need”, says Thein Soe Min.

MOAI simply does not have the resources to help the 20 million plus farmworkers in Myanmar, a problem that staff of MOAI is aware of, according to Thein Soe Min. Employees of MOAI are being aggressively recruited to become contributors to Greenovator.

Proximity Designs is in the process of developing “what could be Myanmar’s first app for farmers”, according to the social enterprise’s blog. Yin Yin Phyu welcomes the introduction of Proximity, an organisation that she greatly admires.

“We’re working on capacity building, I plan on posting on the app information that I got from Proximity, we’re doing a different type of capacity building”. As long as the information is reliable, the Harvard initiative and this local start-up app should be able to co-exist.