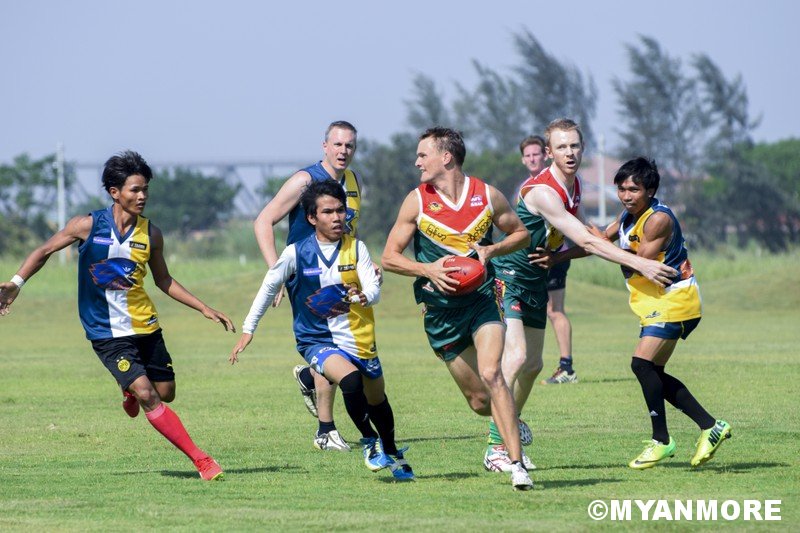 The game on Saturday at the sports grounds of Star City was, I must say, well-played. It was a friendly competition between the Myanmar Fighting Cocks Australian Football Club, who play host, and the Cambodia Eagles. This was the first official international Australian Rules football game there.

We are happy to report that the sports grounds was full with supporters. Our boys won the game with a 65-28 score! The teams had a celebratory party at Irrawaddy Pizza Co and to 50th St Bar afterwards.