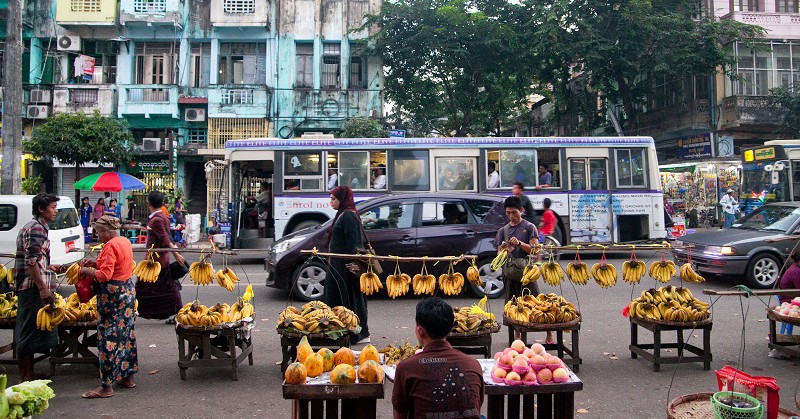 Amidst the excitement of moving to Yangon, finding accommodation can often be the most difficult thing for new arrivals to have to deal with. Over-priced apartments, outdated infrastructure and paying for six months – or sometimes a year – in advance all contribute to the difficulty of finding a new home within your new home.

While those issues certainly do exist, things are not always as bad as they seem. Yangon does have a huge number of hardworking, honest agents who do the best they can to find good deals for their customers (unfortunately, inevitably there are those at the other end of the spectrum too), and those looking for a good deal for their apartment should ensure they give themselves as much time as possible to look for an apartment within their budget.

It’s been well reported that real estate prices in Yangon are sometimes double or even triple to those of other major cities in Southeast Asia such as Bangkok and Jakarta, and it is understandable that this has led to a spike in prices, which has put off some international businesses and business people from relocating to Yangon.

As more and more expats are drawn towards Yangon, the completion of a range of condominium and apartment projects has meant that prices are beginning to level out the previously uneven playing field of demand versus supply.

There is not really any “average price” for apartments within the city. For those on a budget, apartments are occasionally available for the $300/month mark but these are very few and far- between and will usually be very basic apartments with almost no furnishings, and often not in the best location. Those looking for a comfortable, Western-style apartment (furnished, with air-conditioning and a hot shower) should expect to pay no less than $600 per months wherever the location is, and family homes tend to start at around the $1,000 a month mark, with the most expensive houses being rented for upwards of $5,000 a month.

Some of the most popular areas for new arrivals include Bahan Township, which incorporates the leafy and expensive Golden valley area, while the popular Yaw Min Gyi district is quickly emerging as a trendy part of town with new cafés opening up.

AHLONE
Located on the western side of town and close to the lively Yangon River area, the majority of Ahlone Township is industrial with a number of dilapidated buildings. That said, hidden away here and there are some well-maintained and relatively well-priced apartments, particularly around the area of Kyee Myin Daing Lower Road. It’s a good location for those wanting to get into the downtown area as it bypasses the busy thoroughfares into town, Pyay and Kaba Aye Pagoda Roads.

BAHAN
One of Yangon’s more secluded, up-market areas, Bahan’s most noted area is the elite Golden valley. The calm, leafy area is filled almost to the brim with large houses surrounded by large gates with prices generally reaching the US$4,000 – US$5,000 a month mark. However, if you’re not earning that sort of cash, don’t write off Bahan completely as some of the sideroads off Dhamazedi Road offer houses at more reasonable prices. It’s one of the best areas in town for restaurants, with the junction near to Dhamazedi and Inya offering at least half a dozen great eating options.

This is a great place to live for new arrivals and is filled with many of Yangon’s younger expat crowd. Prices are increasing some-what here but there are still some good options available. There are also a number of good restaurants in this area and it’s within a 10-minute walk to downtown.

DOWNTOWN
Stretching around 50 streets from west to east, the downtown area is vast and the options of areas to live here are equally so. The western part of the downtown area is a popular local’s area on the edge of Chinatown and is the place to be if you are looking for a bustling streetlife. Heading further east, the closer to central Sule Pagoda you get, the more prices are likely to jump and then further east still you have the lively local area around 45th to 50th Street, which is home to a great selection of street food and eclectic mix of ethnicities and religions.

HLAING
On the main road coming in from the airport, Hlaing is a useful spot to live on the western side of Inya Lake. Again, there is plenty of vibrant streetlife nearby. Insein Road, has some wonderful eateries and is home to Yangon United Football Club, Myanmar’s most successful domestic team.

HLAING THARYAR
Sitting on the western bank of Yangon River, Hlaing Tharyar is mostly an industrial area with a whole host of factories. There’s not much in terms of activity and streetlife but for those who can afford a little more, Hlaing Tharyar is home to the attractive Pun Hlaing Golf Estate; a beautiful, lush estate set in acres of grounds. It is home to an international-quality golf course, a great bar and restaurant area, spa and hospital facilities along with a school on-site. It’s pricey though.

KAMAYUT
A great blend of local life consisting the Junction Square Shopping Mall and Hledan Market, both of which are located in Kamayut township; just to the south of Inya Lake. With its fast food joints, shining concerts on most weekends and the young and hip Yangonians walking through its doors, Junction Square seems to be at the extreme contrast to the chicken carcasses, seafood and general chaos of Hledan market.

MAYANGONE
On the north eastern edge of Inya Lake sits Mayangone. There are a few leafy areas tucked into the western-most side of Kaba Aye Pagoda Road while the eastern side offers a few very pleasant beer stations located on Parami Road. Prices are generally a bit lower here as Mayangone is a good 30-minute drive to town.

MINGALAR TAUNG NYUNT
One of the more bustling parts of town, Mingalar Taung Nyunt is a popular place of residence for many of Myanmar’s Muslim population. All through the night, street vendors are lit up in neon and there’s a hive of activity every night of the week. Prices are often cheaper here and it is within easy walking distance to the downtown area.

MINGALARDON Located close to the airport, the majority of Mingalardon’s residents live in large homes often hidden behind large walls. It’s quite a long drive to the downtown area, but great for those looking to live in a more secluded part of town.

SANCHAUNG
Another lively area located halfway between downtown and Inya Lake. The Myanyigone area (not to be confused with Mayangone) is vibrant with all sorts of activity including restaurants and tea shops. It’s not a bad shopping area too, with the Dagon Shopping Centres located in the heart of Sanchaung. There are also a few pleasant green spaces dotted around Sanchaung.

TAMWE
Slightly east and north of downtown, Tamwe is another location that can be relatively well-priced if you’re lucky enough to find the right apartment. Traffic is getting a touch worse in this part of town, which makes the journey into the centre a fair bit longer, but it’s a good, lively local area.  It’s also home to the Thuwanna National Stadium, where the Myanmar National football team play many of their matches.

YANKIN
Growing in popularity, Yankin, in the far north of Yangon on the way to the airport, is attractive due to its relatively good prices and respite from some of the chaos in central Yangon. There are a few good shopping areas nearby, most notably the Yankin Center, which has all of your most basic needs. The area around New University Avenue and Saya San Road has a range of good restaurants too

There are hundreds of privately run hotels and guest houses in Yangon for short term stay but should you lease a contract for up to a year make sure the contract is written in your language and shows your name. There have been numerous instances where the lease contract is written only in Burmese and on a pre-stamped letterhead showing a lower lease than agreed upon. Frequently you find instead of your name the name of another local on the tenant side. The reason for such fictitious transactions are tax advantages.

We strongly recommend not to accept such a contract. The contract is also valid if written in a foreign language (i.e. English) and should show your name. In general the maximum contract is one year unless the tenant is a MIC approved company. However, it is possible to extend the lease for more than one year with individually drafted side agreements. “