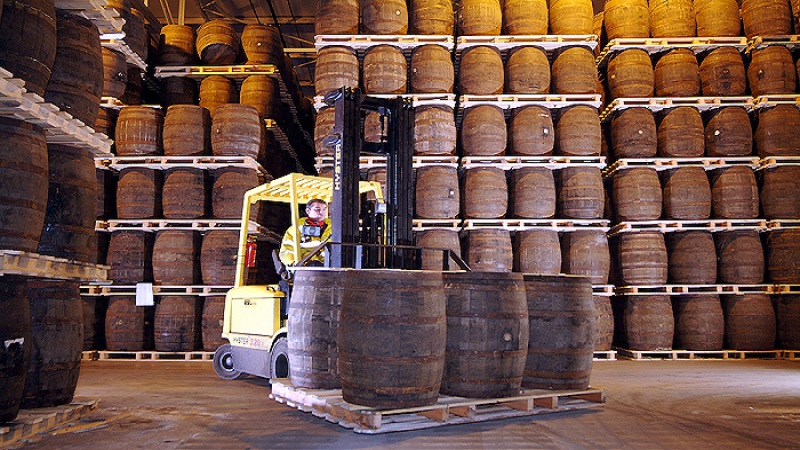 As brand Ambassador for Chivas Brothers throughout the Asia Pacific region, Darren Hosie knows a thing or two about whiskey. Ben Hopkins caught up with him during a recent whiskey dinner at Vino di Zanotti’s.

Hosting whiskey dinners and waxing lyrical on the qualities of a fine blend is all in a day’s work for Darren Hosie. Since relocating from Scotland to Hong Kong in 2007, the 41 years old Scot has traversed the Asia Pacific region, introducing the brand to people from a diverse range of nations; from Columbia to Beirut, Hawaii to China and most recently, here in Yangon. “I’ve been to more Chinese cities than most Chinese people,” he jokes in a thick Scottish accent, “and loved every moment of it.”

Originally from Scotland’s second city of Glasgow, Darren clearly remembers drinking whiskey with his family as a young man. “My father, my grandfather and my brother were all whiskey drinkers so it was natural I’d follow suit.”

While half a world separates the distilleries of Scotland from the dining establishments of downtown Yangon, the pleasures of sharing a decent blend will always break down barriers. As Darren says, introducing Chivas to potential customers is generally fun. If something goes wrong with a presentation you simply fill up their glass with a liberal dose of the strong stuff and everything’s quickly forgotten.

Whiskey legends then and now

In folklore and legend the history of Scotland has been juiced in Scotch whiskey. Documents from 1494 reveal the release of 1,500 bottles of whiskey by order of the King, proving that distilleries were producing large quantities as early as the 15th century. Later, in the 1700’s Scotland’s national poet Robbie Burns linked whiskey to the spirit of independence in his poem, “Whiskey and freedom go together.”

For Darren, the business of drinking whiskey is less about national identity and more about spreading the Chivas brand across the Asia Pacific region. At a recent whiskey dinner held in Yangon, on the eve of Scotland’s referendum on independence from the UK, he was more interested in explaining the difference between a single malt and a blended whiskey than separating Westminster from the Scottish Parliament.

“Think of it in musical terms,” he explained to fellow diners at Vino di Zinotti’s restaurant. “I’m a huge Metallica fan. Metallica, like the Beatles, create a great sound by blending together several elements—the bass, drums, guitar and vocals—all working together. Chivas Regal, a blended whiskey, is the same; we carefully select single malt and single grain whiskies and blend them together for that big effect.”

By contrast, he says, a single malt, one barley and one water, can be compared to Bob Dylan, Paul Simon or any solo performer. “It’s a different way of enjoying the same thing”.

Five years after the death of Robbie Burns, in 1801, the Chivas Brothers opened a grocery store in north Scotland’s city of Aberdeen selling Caribbean rums, French brandies and exotic spices. Queen Victoria was amongst their earliest customers and like many a royal was said to have had a thirst for the strong stuff. By the early 1900s, Chivas created a blended Scotch to export to the US where the booming economy was fuelling demand for luxury goods. The whiskey was named Chivas Regal.

After WWII and the end of Prohibition, Chivas Regal was re-launched as Chivas Regal 12 Year Old in the US and quickly became associated with Frank Sinatra and the rest of the Rat Pack, famously becoming the sponsor for Frank Sinatra’s Diamond Jubilee Tour in 1990.

Today, the Chivas brand continues to expand globally along with its biggest competitor, Johnnie Walker. But for Darren it’s not really about competing with local brands. The high cost of a bottle of Chivas Regal makes it out of reach for the vast majority of whiskey drinkers in most parts of Asia, particularly in rural China and Myanmar. “Ours is a very small niche market,” Darren says. It’s also a new market, particularly in cities like Yangon and some of the less travelled corners of China where introducing a decent Scotch becomes something of a cultural challenge.

In China, the whiskey of choice is ‘baijui’, a clear spirit usually made from pulverized wheat grains, served in ceramic cups and downed in one. Baijui has been enjoyed for 5,000 years in China so introducing new blends and different ways of drinking is no simple task. “It takes time to explain that you can add water to neat whiskey and that the flavours are best enjoyed by drinking slowly”, he says. “People are afraid of looking uncultured but it’s important to remember that drinking whiskey is all about having fun and finding what suits you best.”

At the risk of sounding obvious, any whiskey that has the word Scotch in its name has to have been distilled in Scotland. That said, much of what lends Chivas its unique and complex flavours depends on the oak casks the whiskey is blended in.

Two types are used, sherry casks from Spain and Bourbon casks from New Orleans. “Oak is a porous wood,” Darren explains, “meaning the spirit in the cask interacts with the air in the warehouse and the climate. For example, if you age it close to the sea, the whiskey will take on a sea air characteristic.”

US law states they can only use a cask once in brewing Bourbon, after that they’re sold onto Chivas, along with sherry casks from Spain. Both lend different flavors, aromas, colors and textures to the whiskey. A Bourbon cask will lend a slightly sweeter flavour with hints of oak, vanilla and ginger. Sherry casks result in dried fruit and nutty flavours with hints of dark chocolate and a darker colour.

Another important factor is aging. The longer a whiskey is aged, the more mellow and complex it becomes. However, for each year of maturing in a barrel, a whiskey will lose 2% of its volume, meaning a Chivas Regal 12 Year Old will be reduced by a quarter while also losing some of its strength. For most whiskey drinkers the reduction in volume and strength is worth every penny as the flavours take on a regal quality.

After around 55 years the whiskey gets close to dipping below 40% in strength, meaning it’s no longer marketable as a Scotch whiskey. Many connoisseurs claim whiskey to be at its finest around the 50 year mark, including Darren. “We once had a roster of 255 bottles of 50 year malt, priced at USD 9,000 per bottle,” he explains. “I had one glass.” So how was it? At the memory his eyes mist over, “Smooth, mellow, complex… beautiful.”