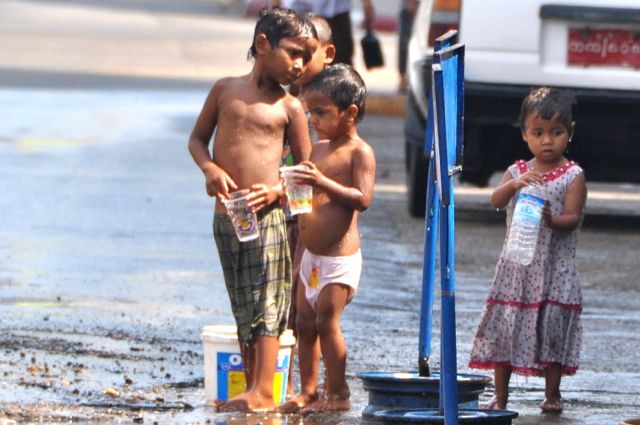 In the past Thingyan – Burmese New Year Water Festival usually fell around mid-April (the Burmese month of Tagu) according to the traditional Burmese lunisolar calendar, but now the dates have been fixed to Gregorian calendar 13 to 16 of April. As such it often coincides with Easter. The dates of the festival are observed as the most important public holiday throughout Burma and are part of the summer holidays at the end of the school year. Thingyan is comparable to other new year festivities in Theravada Buddhist areas of Southeast Asia such as Lao New Year, Cambodian New Year and Songkran in Thailand. I witnessed the last one on Koh Lanta in 2010. My new Burmese friends claimed, however, that Songkran can be compared to Thingyan as the latter is much bigger and more fun than it’s Thai counterpart. Perhaps it’s just a mutual competition between the countries and I could hear the same in Thailand.

Thingyan originates from the Buddhist version of a Hindu myth. It goes more or less like this: The King of Barhmas called Arsi, lost a wager to the King of Devas, Śakra, who decapitated Arsi. The head of an elephant was put onto the Brahma’s body who then became Ganesha. The Brahma was so powerful that if the head were thrown to the sea, it would dry up immediately. If it were thrown onto land it would be scorched. If it were thrown up into the air the sky would burst into flames. Śakra therefore ordained that the Brahma’s head be carried by one princess devi after another taking turns for a year each. The new year henceforth has come to signify the changing of hands of the Brahma’s head.

The eve of Thingyan, the first day of the festival called a-kyo nei, is the start of a variety of religious activities. Buddhists are expected to observe the Eight Precepts, more than the basic Five Precepts they are bound to observe on a regular basis. It includes having only one meal before noon. Alms and offerings are laid before monks in their monasteries and offerings of a green coconut with its stalk intact encircled by bunches of green bananas before the Buddha images over which scented water is poured in a ceremonial washing from head down. In ancient times Burmese kings had a hairwashing ceremony with clear pristine water from Gaungsay Kyun (lit. Headwash Island), a small rocky outcrop of an island in the Gulf of Martaban near Mawlamyaing in Mon State.

I go from the airport to my home and stuck in an unbelievable traffic. People throw water at us and everybody else. Plastic guns, bottles, bowls, buckets are used among the others to make everybody and everything as wet as possible. Temporary water-spraying stations, known as pandals are set up, and double as dance floors. Many of these pavilions are sponsored by rich and powerful families and businesses.

By nightfall, the real fun begins with music, song and dance, merrymaking and general gaiety in anticipation of the water festival. In every neighborhood beautifully decorated pavilions or stages, with festive names made from bamboo, wood have sprung overnight. Local belles have been rehearsing for weeks or months, in the run-up to the great event in song and dance in chorus lines. Each band of girls uniformly dressed in colorful tops and skirts and garlanded in flowers and tinsel. They wear fragrant thanaka on their faces, and sweet-scented yellow padauk blossoms in their hair. The padauk blooms out one day each year during Thingyan and is popularly known as the “Thingyan Flower”.

Large crowds of revelers, on foot, bicycles and motorbikes, and in opentop jeeps and trucks do the rounds of all the stages, some making their own music. Floats, gaily decorated and lit up, also with festive names and carrying an orchestra as well as dozens of amorous young men on each of them roam the streets stopping at every stage exchanging songs specially written for the festival including the Thingyan classics that everyone knows, and performing than gyat (similar to rapping but one man leads and the rest bellows at the top of their voices making fun of and criticizing whatever is wrong in the country today such as fashion, consumerism, runaway inflation, crime, drugs, AIDS, corruption, inept politicians etc.). It is indeed a time for letting go, a major safety valve for stress and simmering discontent. There is the usual spate of accidents and incidents from drink driving or just reckless driving in crowded streets full of revelers and all manner of vehicles, as well as drunkenness, arguments and brawling which the authorities have to be prepared for at this time of the year. Generally however friendliness and goodwill prevail along with some boisterous jollity.

Thingyan 2012on Ngapali Beach. Photo: Life in the Tropics

Needless to say they are all totally wet and spray water all around them as well. By the time I reach home I am sure that all the water saved by the “Save Water” campaigns all around the world is now flowing freely on the streets of Rangoon straight to the drains. Tomorrow is a-kya nei – the day when Thingyan truly arrives as Śakra makes his descent from celestial abode to earth.

Booooooom! – A cannon is fired in the morning. It’s a signal for the people to come out and pour the water onto the ground with a prayer. A prophesy for the new year is announced by the brahmins. It’s based on what animal Śakra will be riding on his way down from heaven and what he will carry in his hand. Children are told that if they have been good, Śakra will take their names down in a golden book but if the have been naughty their names will go into a ‘dog book’.

Traditionally Thingyan involved the sprinkling of scented water in a silver bowl using sprigs of thabyay a practice that continues to be prevalent in rural areas. The sprinkling of water was intended to metaphorically “wash away” one’s sins of the previous year. It’s nothing like this in Rangoon, where serious throwing of water begins with the usage of garden hoses, huge syringes made of bamboo, brass or plastic, water pistols, hydrants, and water pumps installed on fire trucks. It is the hottest time of the year and a good dousing is welcomed by most. Everyone is fair game except monks and obviously pregnant women. Some overenthusiastic young lads get captured by women, who often are their main target, and become kids of a practical joke with soot from cooking pots smeared on their faces. Maidens with dozens of garden hoses exchange hundreds of gallons of water with throngs of revelers and one float after another. Many revelers carry towels to block the jet of water getting into the ear and for modesty’s sake as they get thoroughly soaked and drenched in their light summer clothes. The odd prankster use ice water and a drive-by splash with this provoke shrieks of surprise followed by laughs from its victims. Pwè (performances) by puppeteers, orchestras, dance troupes, comedians, film stars and singers including modern pop groups are commonplace during this festival. If you are looking for fun in the middle of April, Rangoon is definitely a place to be!

The fourth day is known as a-tet nei when Śakra returns to the heavens, the last day of the water festival. Some throw water at people late into the day making an excuse such as “Śakra left his pipe and has come back for it”! Over the long festive holiday, a time-honoured tradition is mont lone yeibaw – glutinous rice balls with jaggery (palm sugar) inside are thrown into boiling water in a huge wok and served as soon as they resurface which gave it the name. All the young men and women help in making it and all are welcome. Some pranksters put a birdseye chilli inside instead of jaggery for a laugh!

The New Year’s Day follows and it is a time for people to visit the elders and pay obeisance with a traditional offering of water in a terracotta pot and shampoo. Young people perform hairwashing for the elderly often in the traditional manner with shampoo beans and bark. Many make new year resolutions, generally in the mending of ways and doing meritorious deeds for their karma. Releasing fish is another time-honoured tradition on this day; fish are rescued from lakes and rivers drying up under the hot sun, then kept in huge glazed earthen pots and jars before releasing into larger lakes and rivers with a prayer and a wish saying “I release you once, you release me ten times”.

On the New Year’s Day, people make food donations called satuditha at various places. They typically provide free food to those participating in the new year’s celebrations. Thingyan is also a favorite time for novitation ceremonies for boys in the tradition of Theravada Buddhism when they will join the monks and spend a short time, perhaps longer, in a monastery immersed in the teachings of the Buddha. It is akin to rites of passage or coming of age ceremonies in other religions.

I wish you all a Happy New Year! 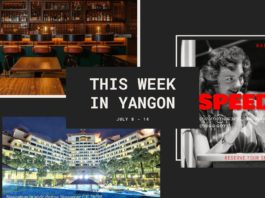 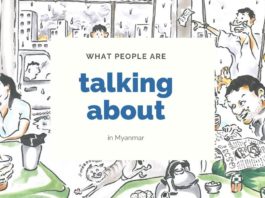 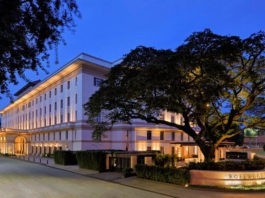